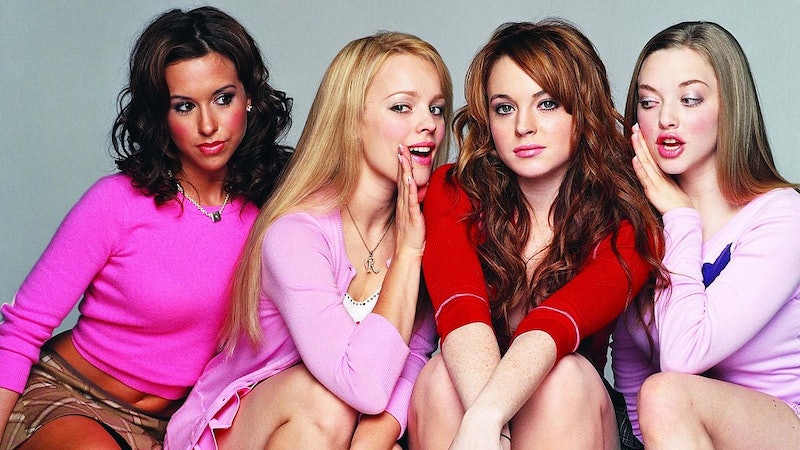 For years, you've probably had one big question on your mind: when is Mean Girls coming to Netflix? And we finally have an answer: Jan. 1, 2015. Yes, you can kick off the New Year in the most grool way possible, and there's more big news where that came from. The complete series of Friends is also streaming starting in January, along with dozens of other fantastic movies and TV shows. But instead of just giving you a list of everything — though I will do that, too — I thought it'd be fun to think about what all of the Mean Girls characters would be watching. Obviously Regina loathes Friends because she doesn't need to stoop to those sort of relationships, but Cady would be obsessed. And as for the rest of the gals (plus Damian and Kevin, of course), it would be a fun mix of kids' movies (101 Damatians for Karen) and cult hits (Election for Gretchen, obviously) for everyone.

Check out all of their imagined picks below, and then check out the full list. Don't forget that Troop Beverly Hills started streaming in December — that's always a great pick for any night, any time, forever.

In this alternate, super-meta universe, Regina would personally identify with movie Regina. Any movie like Mean Girls would be her favorite.

Because she obviously wants this to be her life, and she's an aspiring Rachel who is really a Ross.

If there's anyone who loves animated movies, it's Karen.

He loves all superhero movies and wants to be Batman.

She may not be a "pusher" like Ms. Norbury, but the stories of hallucinogenic trips would amuse her, and she's probably a Hunter S. Thompson fan.

He's terrified of scary movies, but watches them all the time anyway. All of them.

He probably loves everything Jim Carrey does, especially when Morgan Freeman as God is involved.

Maybe this is just because it's Tina Fey playing her, but anything food-related seems up Ms. Norbury's alley.