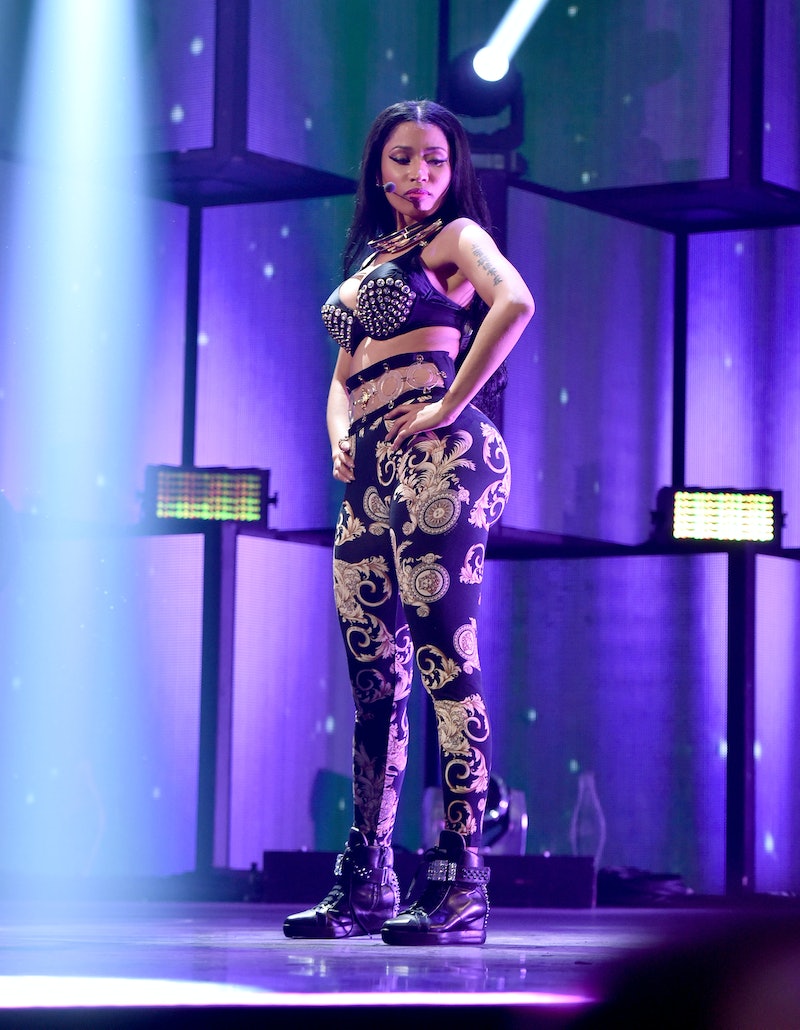 On Monday, Nicki Minaj finally dropped her much-anticipated new album, The Pinkprint . The songs that appear on the 32-year-old hit-maker's third full-length LP are largely characterized by clever rap verses and slick, modern hip-hop production — with one notable exception: "Grand Piano." On the stripped-down "Grand Piano," the bass and beats fall away — it's just Minaj's sweet singing voice, a piano, and some strings. Talk about unexpected! In fact, in my opinion, "Grand Piano" is actually one of the The Pinkprint's stand-out tracks. The song's emotional lyrics, which deal with heartbreak and betrayal, certainly sound as though they could be about Minaj's rumored ex-boyfriend, Safaree "SB" Samuels. Though Minaj has kept quiet about her relationship with SB, the two were thought to have been together for over 10 years. Now, the general consensus seems to be that they've broken up.

Am I just a fool?

Blind and stupid for loving you

Am I just a silly girl?

So young and naive to think that you were

The one who came to take claim of this heart

Cold-hearted shame you remain just a frame in the dark...

On the chorus, Minaj sounds hurt, but she may not be ready to completely let go just yet:

And now the people are talking

The people are saying that you have been playing my heart

The people are talking

The people are saying that you have been playing my heart

So, is Minaj singing about SB? I think it's highly likely. After all, at the end of October, TMZ reported that SB had covered up the tattoo of Minaj's face on his chest with a new design. Two weeks later, TMZ reported that the couple had split due to a heated argument this past summer that ended with Minaj smashing the windows of SB's car (an incident that Minaj may reference in the lyrics to The Pinkprint 's "I Lied"). Oh, and then there's this: according to Bossip, before shutting down his Twitter account this past weekend, SB tweeted:

Cheating was never the issue. ppl grow apart and it is what it is.. and that's all ill say about that.. a lot can happen and change in 12 yrs

You all see a public figure. I'm with the real person. we will always love each other no matter what. peace and thats the last ill say bout it

Those two tweets might be the closest thing we get to an official confirmation of the end of Minaj and SB's relationship (check out screenshots over at Bossip). I wish them both nothing but the best.

The Pinkprint is available everywhere now.