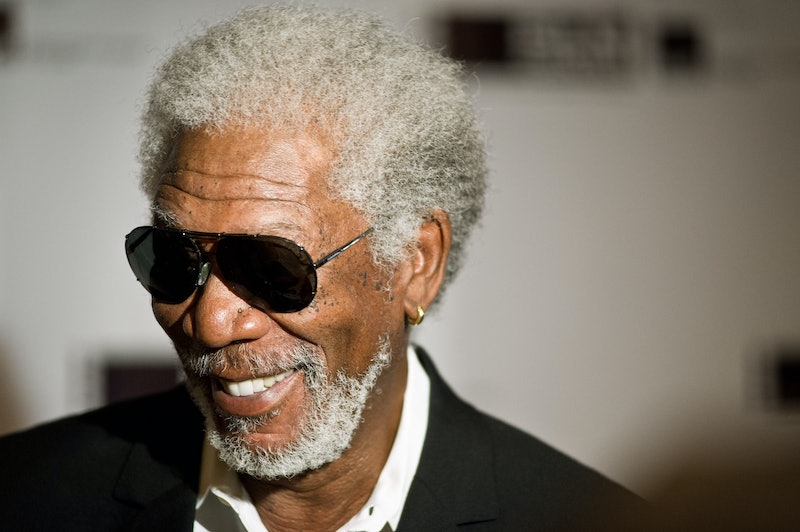 At first glance, news that Morgan Freeman and Ken Watanabe are the chief constituents of Marvel’s short list for a major Doctor Strange role could come across as exciting. Although Freeman spent most of 2014 phoning in supporting parts — he might as well have rattled off his Lucy and Transcendence material all in one day on a soundstage somewhere — he’s hardly without his persisting moxy: just look at his work on The LEGO Movie. Likewise, Watanabe might have turned in one of the most regrettable voice performances in recent history in Transformers: Age of Extinction, but managed some next-level awe in the altogether superior Godzilla. As such, mention of either of these venerated thespians (and Batman Begins veterans) in conjunction with a Marvel character would at first seem like good news. But we can’t wholly endorse their potential casting as Doctor Strange ’s mentor character, The Ancient One, just yet.

In a vacuum, the notion of either Freeman or Watanabe playing Stephen Strange’s phantasmic guide would indeed be something to celebrate. Suggested as potential occupants of the role alongside Bill Nighy, each seems duly suited to lead a paranormal Benedict Cumberbatch into a world unknown. But it is difficult to shake off the connotations of the archetype when considering either Freeman or Watanabe for the part.

So often has the realm of supernaturally inclined cinema relegated its actors of color to sideline roles: spirit guides, sensei, wise old men. So regular an occurrence is the coupling of these characters with black performers that modern fiction has even sprouted the wince-inducing trope name, “Magical Negro.”

Granted, the roles in question aren’t wholly negative ones — they are more often than not imbued with nobility, wisdom, and a heightened command of power. Nevertheless, the recipe for these characters is an antic of objectification. One degree of separation from the hero — a breathing, thinking, vital figure who acts, hurts, and demands our empathy — the “mentor” stands in contrast as something to observe, maybe even marvel at. He is generally emancipated from flaw, rendering him effectively absolved from humanity. And, despite perhaps a superior breadth of ability or knowledge, they are rendered lesser. Lesser even than their villains, generally.

These characters might prove themselves necessary as narrative constructs, but commitment to the racial or ethnic parameters within which they have built tradition is far less so… especially in the case of Marvel, whose roster of heroes has earned ire for its monochromatic façade.

Bearing in mind the Black Panther film we have on the way (Chadwick Boseman is set to star), an increasingly optimistic future for Anthony Mackie and Falcon, and the fact that Samuel Jackson had a lot more to do with Nick Fury in Captain America: The Winter Soldier than he had in any Marvel adventure prior, we’d be remiss to neglect suggesting that the MCU isn’t working toward progress.

But that’s why we approach this The Ancient One casting with caution. With horror director Scott Derrickson behind the feature, plus the writing crew responsible for 2005’s Sahara and 2011’s Conan the Barbarian, character complexity is not being touted as one of the movie’s projected strengths. If the team can extrapolate the interesting facets of The Ancient One all the while weaving in the sort of humanity that separated the likes of Tony Stark and Steve Rogers from the heroes of comic book cinema prior, then we might wind up with an update of the trope for which we can be grateful and proud. And it’d be worth the effort — Ken Watanabe in a Marvel movie is the sort of coupling that blockbuster film was made for.