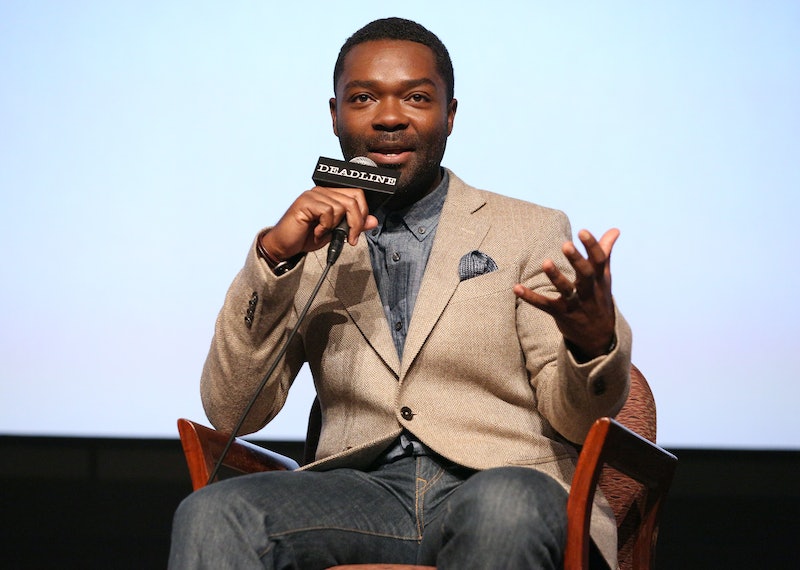 Are you tired of awards season yet? With the influx of nominees that are being announced ahead of the ceremonies in 2015, it would be easy to get burned out on the awards already. Doesn't it feel like we only just found out that Benedict Cumberbatch has been nominated for a Golden Globe? (Possibly because we did just find out.) However, the Critics' Choice Movie Awards is one of those ceremonies that usually proves integral in predicting who we can expect to see competing for an Oscar, and this year's offering of nominees are full of some real talent. However, when it comes to the list of celebrities being highlighted for their acting, whether in general, in a comedy, or in an action movie, I couldn't help but notice the same old problems. The Critics' Choice Movie Awards nominees have a diversity issue: out of the 58 actors and actresses nominated, only six of them are people of color

In all honesty, it's not just the Critics' Choice Movie Awards that have this problem. The Golden Globes' list of nominees were also predominantly white and there's already talk that, based on the way these ceremonies seem to be going, 2015 will have the whitest Oscar season yet. Of course, the CCMAs are no real indication of exactly what we can expect from the Oscars — since they have not only different categories but also more nominees in said categories — but that just makes it all the more glaring that, of all the potential nominees they had to fill their list out with, only six actors and actresses of color made the cut. I'm not a fan of giving unearned accolades to people of color just to fill some kind of imaginary diversity quota, but it's not like there haven't been actors delivering performances just as powerful as their white counterpoints.

For the entire Best Actor and Best Actress category to be filled with Caucasian thespians when there is, well, the entire cast of Selma to consider is disappointing. It always feels, to me, as if I am constantly able to count on one or two hands the number of actors and actresses of color who get recognized for the hard work they do on their films — let alone the number who actually win in the categories for which they are nominated. The fact that this issue is hardly confined to the Critics' Choice Movie Awards always makes awards season kind of a bittersweet thing for me. Yes, it's fun to celebrate my favorite actors, actresses, and films, but I'm always simultaneously dreading the inevitable realization that the Hollywood hype is more likely to reward white actors for their films than they are to reward actors of color for theirs — unless it's in a powerhouse like 12 Years a Slave.

Of course, I don't want to jump the gun here. The Golden Globes nominated seven actors and actresses of color to the CCMAs' six, and there's a lot of overlap between their nominees, so it's quite likely that if an actor of color fails to get an award at one ceremony then they'll get it at the other. In addition, even the sheer fact of being nominated is a recognition in and of itself. I guess I just long for the day when the diversity numbers are more even than having to take a moment to acknowledge the sad fact that only approximately 10 percent of the Best Actor/Actress nominees are people of color.

As for whether or not the 2015 Oscars really will turn out to be the "whitest" Oscars ever, well, that still remains to be seen. The only thing for certain at this point is that things aren't looking good diversity-wise if these nominations lists that came before the Oscars are any indication.