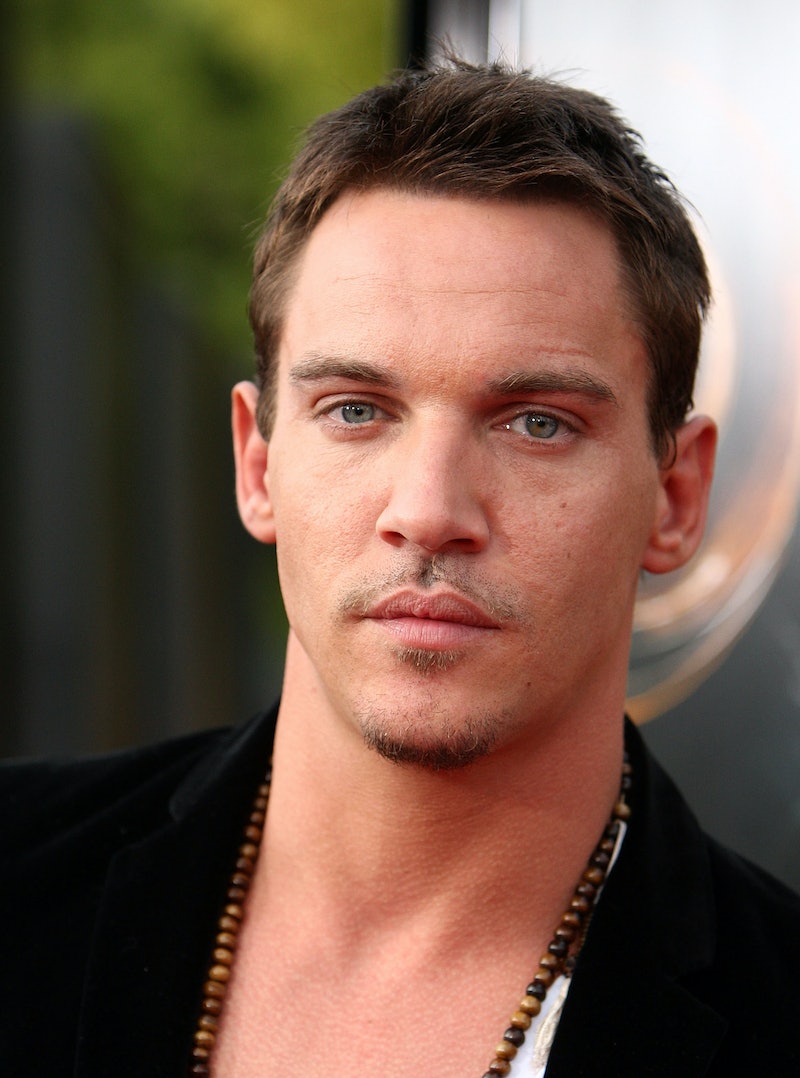 Love is in the air this fine Monday afternoon! Reportedly, Tudors actor Jonathan Rhys Meyers is engaged to girlfriend Mara Lane. First reported by E! News, apparently, Lane was sporting a sparkly diamond ring at the 25th Annual KROQ Almost Acoustic Christmas at The Forum in Los Angeles and wasn't afraid to show off her fancy piece of jewelry alongside her reported soon-to-be hubby. Obviously, a gorgeous diamond on a ring finger probably means an engagement, even though the two have yet to make an official announcement or confirm the news via social media. UPDATE: In May 2017, Lane confirmed she and Meyers are married. They are also parents to a son, Wolf.

EARLIER: Meyers and Lane have seemingly been together since last spring, which Lane has made known to all across her Twitter, Instagram, and Facebook, in addition to the two being spotted together on more than one occasion while at events or just spending a day out and about.

First, congrats to the happy couple! Second, just who is Meyers' fiancée? Like her future husband, Lane is an entertainer, film producer, and quite the beauty. With that said, let's dive into Lane's background, because not only do I love testing out my Mission Impossible detective skills, but also because I know you want to know more about Meyers' future wife.

Lane shows all kinds of love to Meyers on Twitter just like with this photo we have here. Not only does she refer to Meyers as "sweetheart," but you have to admit that they make one good looking couple.

She Used to Teach Sunday School aka She Loves Kids

Lane is quite the sharer on social media, like the time she revealed she once taught Sunday School. Based on the photo and description, I'd say she's great with kids.

She Wants to Be Quite the Entertainer

Per her Facebook page, Lane wants to be an entertainer by either starring as a series regular on a TV show, making people laugh, playing a cartoon character, or becoming a mother to "some mini me's." So far, Lane's starred in the not-so-well-known Love Struck and Modern Music, but according to IMDb, she's snagged a role on HBO's upcoming series The Brink .

She Volunteers & Gives Back

Not too long ago, Lane and Meyers volunteered their time at Barretstown, an organization rebuilding the lives of children suffering from cancer and other serious illnesses through life-changing therapeutic recreation programs.

She's a Lover of All Things, Especially Animals

Can we talk about how adorable their cat with one eye is? Such a sweetheart! Oh, and she's also named Pocahontas. Now that's a great name.

Again, congrats to Meyers and Lane on their reported engagement!

More like this
Adam Devine Hilariously Let Everyone Know He’s *Not* Accused Cheater Adam Levine
By Brad Witter
Jonathan Bailey's Latest Role Is A Huge Departure From 'Bridgerton'
By Sam Ramsden
The Prince William & Rose Hanbury Rumours, Explained
By Frances Stewart and Sam Ramsden
Kanye West Apologizes To Kim K "For Any Stress I Have Caused" In Rare Interview
By Jake Viswanath
Get Even More From Bustle — Sign Up For The Newsletter