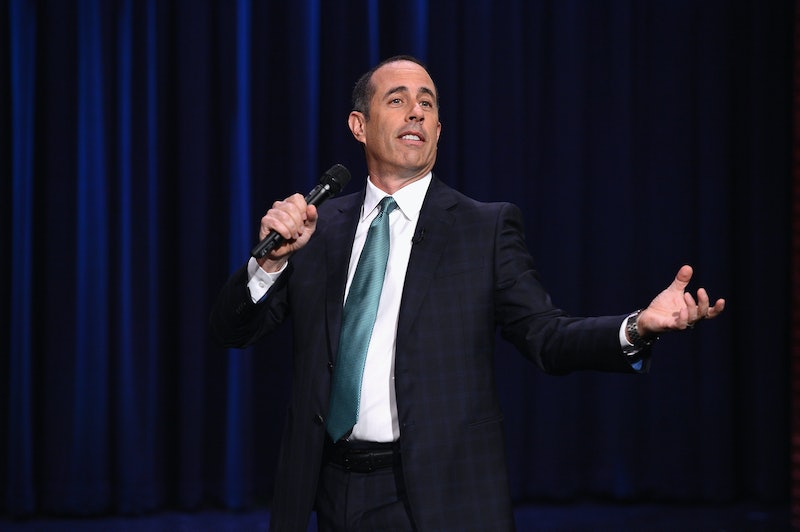 Is there anything that millennials loves more than nostalgia and murder mysteries? I mean, Taylor Swift named her album 1989 and her cat after one of the lead characters from Law & Order: SVU, so the short answer is no, there is nothing they love more. So, it only seems natural that recently the two lovebirds were mated and produced the greatest offspring since Jay and Bey chose to procreate. The nostalgia comes in the form of everybody's favorite '90's show about nothing, Seinfeld, and the whodunit is none other than the breakout pop culture craze, the Serial podcast.

The question posed by the hilarious Seinfeld Current Day Twitter account is simple: what if Seinfeld was Serial? The story focuses on George Constanza's curious disappearance from his office—inspired by the actual plot of the season seven episode "The Caddy"—and with voice over from Sarah Koenig, you'll soon be wondering too: What did happen to George? Where's his body? Why wasn't he at work that day? Whose blood is in the car? Does Mr. Steinbrenner's alibi seem fishy to anyone else or is that just me? Why didn't Jerry call the police? Ten hours later, you'll realize you fell down a rabbit hole of Seinfeld fan videos and Serial theory blog posts without even noticing. But guess what? You won't even care. And that's the long and short of it.

Here's the original podcast to get you started:

And some bonus reminders of just how witty the geniuses behind "Seinfeld Current Day" really are: