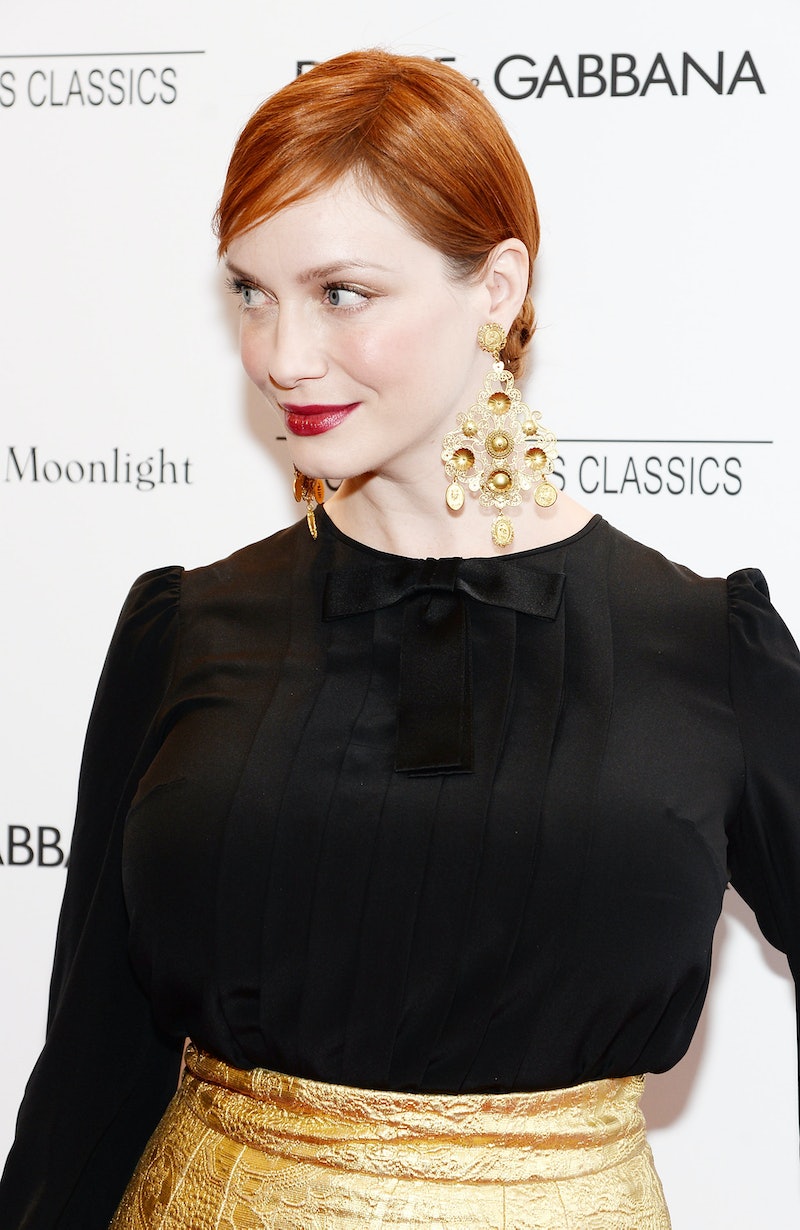 Filming for Mad Men wrapped months ago, and its cast has scattered and is in the midst of their next steps. For former Joan Holloway Christina Hendricks, that appears to be Cameron Crowe's new show. It'll be the first TV endeavor by the Almost Famous director. If all goes well it could be a great next stage for Hendricks' talents.

Roadies , which is coming to Showtime and has already cast Imogen Poots, Keisha Castle-Hughes, and Luke Wilson, among others, will be an hourlong comedy following "the day-to-day life of a successful rock tour as seen through the crew members who get the show on the road." Crowe's past few projects have been less favorably received than Almost Famous, but this is a concept that seems rife for possibilities for Crowe to explore more of the beloved film's setting.

As for Hendricks, this isn't her first post-Mad Men step: She's also a part of the cast for Another Period , being brought to Comedy Central by (and starring) Riki Lindhome and Natasha Leggero. Both of these projects are comedies, so it'll presumably be a chance for Hendricks to stretch some muscles she only rarely got to flex in the halls of Sterling Cooper Draper Pryce. And as for her character in Roadies, The Hollywood Reporter writes that she'll be playing "Shelli, the band's production manager and Bill's (Wilson) ingenious work partner," who is apparently "tough but privately emotional, married to her job and scary good at it."

Also producing Roadies are J.J. Abrams and My So-Called Life creator Winnie Holzman, so I'm keeping my fingers crossed for this one.

More like this
Nicola Coughlan Addresses 'Bridgerton' Season 3 Backlash
By Sam Ramsden
Devi Is Going To Meet A “Smoldering Bad Boy” In ‘Never Have I Ever’ Season 4
By Jack Irvin and Gabrielle Bondi
A New 'And Just Like That' Table Read Pic Confirms A Key Character's Return
By Jack Irvin and Grace Wehniainen
On 'The Handmaid’s Tale,' Christine Ko Fights Back
By Gretchen Smail
Get Even More From Bustle — Sign Up For The Newsletter