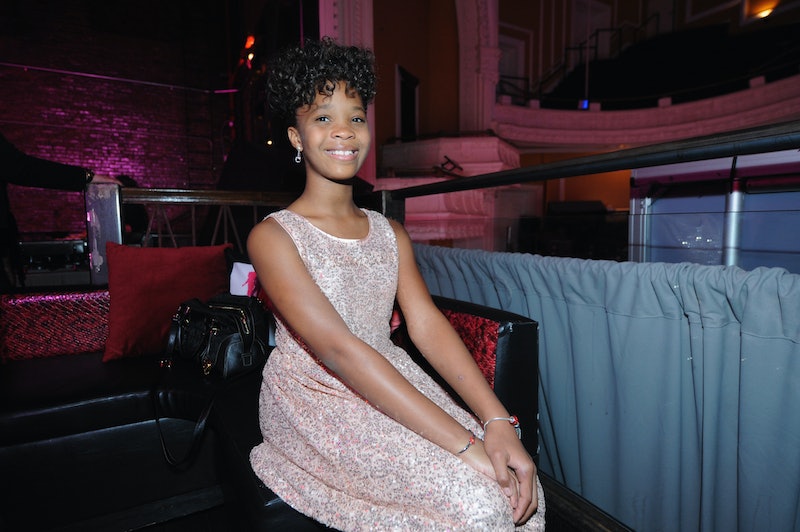 Awards season is about to be in full swing, and the nominations keep rolling in. On Monday morning, the nominations for the Critics' Choice Awards were announced, and among the standard categories, they also recognize the talent of kids in Hollywood with the Best Young Actor Award. Naturally, Ansel Elgort tops the list with his performance in The Fault in Our Stars (oddly enough, Shailene Woodley is not nominated), but there's a wealth of up-and-coming young stars in the category that makes the future of Hollywood seem not so bleak.

Don't get me wrong; 2014 was a fantastic year for film (2013 was too, with the history-making accolades for Steve McQueen's 12 Years a Slave). A selection of impressive, dark, and unconventional films are among the favorites this award season: Birdman, Nightcrawler, and Gone Girl number among the Critics' Choice nominations for Best Picture. But taking a look at the Best Actor and Actress categories tell a tale as old as time: the diversity quotient is real, real low, with only one person of color nominated across both categories: David Oyelowo for his role in Selma. On the other hand, of the six nominees for Best Young Actor, two are people of color. The nominees, besides Elgort, of course: Ellar Coltrane in Boyhood; Mackenzie Foy in Interstellar; Jaeden Lieberher in St. Vincent; Tony Revolori in The Grand Budapest Hotel; Quvenzhané Wallis in Annie; and Noah Wiseman in The Babadook.

It's always crucial to look at nominations with a critical eye and to keep in mind that often talented actors "snubbed" or unrecognized. In fact, personally, getting enraged about awards snubs is one of my guilty pleasures. I'm encouraged, though, that among the nominees for Best Young Actor are Revolori and Wallace, who gave great performances in The Grand Budapest Hotel and Annie, respectively.

Even though only two of the six young talented folk are people of color (and only two are women), the diversity of this one category alone trumps the overall diversity of the nominations. Not only is it mind-blowing to see such young kids act with nuance and complexity, but it casts a bright light on the future of Hollywood. If this category already recognizes more diverse talent than the older generations of Hollywood, the future of film could see much more diverse representation. Not that nominating two people of color atones for the whiteness of the rest of the categories. Actors like Wallace and Revolori will hopefully help to change the face of Hollywood.