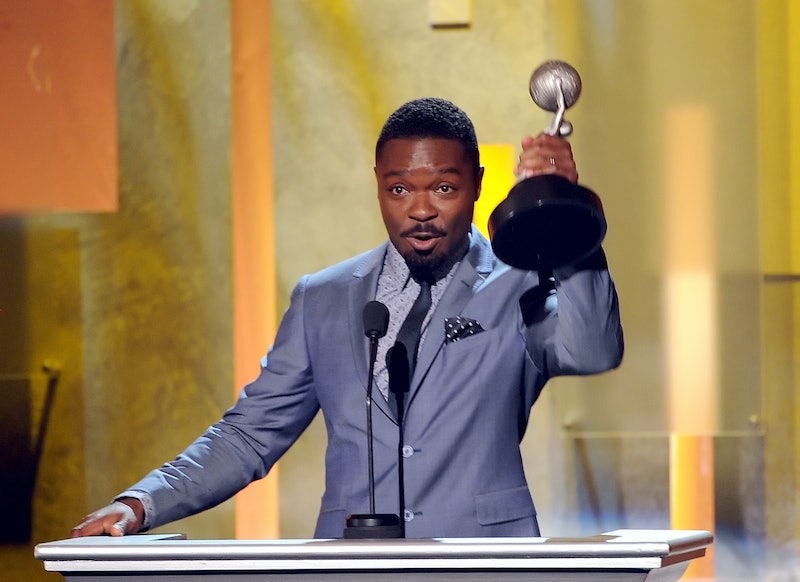 The upcoming film adaptation of the novel Americanah had two great things going for it from the get go: Source material from Nigerian author Chimamanda Ngozi Adichie (she of the feminist monologue fame on Beyonce's "Flawless"), and a producing and starring role from Oscar winner Lupita Nyong'o. Now it's got another crucial piece: According to Variety, Selma star David Oyelowo will co-star in Americanah as Obinze, one half of the story's central star-crossed lovers.

Americanah, published in 2013 and named one of New York Times book review's 10 best books of the year, follows two young Nigerians, Ifemelu (Nyong'o) and Obinze through nearly 20 years of their lives as they immigrate to different countries and navigate themselves and their relationship. As the Times book review put it, the story "takes on the comedy and tragedy of American race relations from the perspective of a young Nigerian immigrant," and Adichie's writing is "so attuned to the various worlds and shifting selves we inhabit — in life and online, in love, as agents and victims of history and the heroes of our own stories."

Oyelowo, who can currently be seen in theaters playing Dr. Martin Luther King Jr. in Selma, is a British-born actor of Nigerian descent who lived in Nigeria during his childhood. Nyong'o is Kenyan, and moved to the states for college much like Ifemelu, though obviously from a different region. It seems pretty clear why Nyong'o would have connected to this source material enough to want to option the rights to it. An interview she gave to Vogue about race is very reminiscent of some of the observations Ifemelu makes after years in America:

Part of Ifemelu's arc includes her becoming successful writing a blog about race in America from the perspective as a non-American. I'm excited for this story to reach an even wider audience — Adichie's observations through Ifemelu are sharp, and more Americans could do with hearing them. This cast is a very good start to a very promising film.

More like this
What Joyce Carol Oates Knows About Fame
By Erin Somers
These 25 International Horror Movies On Netflix Prove Fear Is A Universal Language
By Bustle Editors
Read The First Pages Of Emma Rosenblum’s Highly Anticipated Debut, 'Bad Summer People'
By Samantha Leach
Ruth Wilson’s New Thriller Spotlights A Controversial Irish Institution
By Darshita Goyal
Get Even More From Bustle — Sign Up For The Newsletter