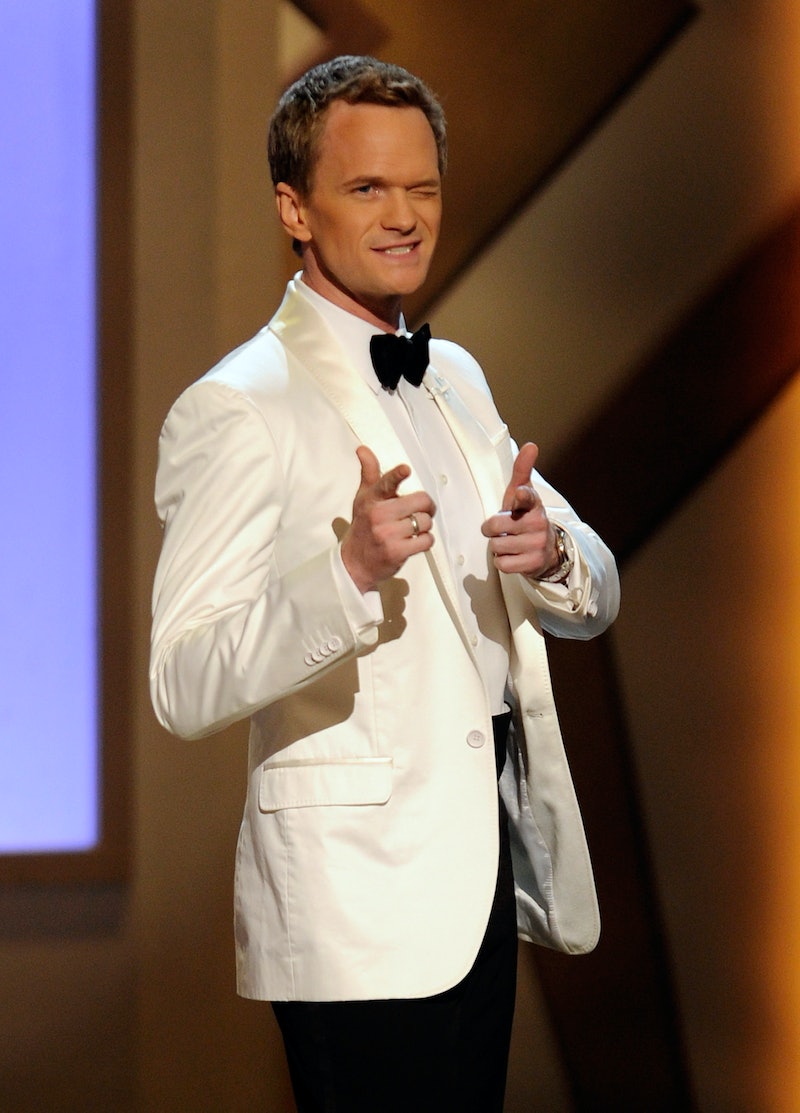 When it was announced that Neil Patrick is hosting the 2015 Oscars, we already had a relatively good idea of what he may do. The seasoned awards-show host has already tackled the Tonys four times, the Emmys twice, and even the Video Game Awards, lending his song, dance, and fantastic jokes to all of the shows. But when it comes to the Oscars, NPH revealed that he's not going to do something so expected. Although he didn't rule out singing or dancing in any capacity, he did say that there's one thing that absolutely won't happen: Making fun of A-list nominees and audience members at their expense.

During a Twitter video Q&A session, Harris said he is assembling his Oscars writing team, and so far, he has a general idea of what it could be. Mostly, it will be a celebration of his love of movies.

"I'm excited by it. I really want to have my own take on it, and I'm not quite sure what that means yet. I don't want to come out and just do this typical tell jokes at people's expense or talk about this movie, have applause, and then make fun of the stars. I think we have an interesting take. I love movies, and I love sincerely that people from different ways of life, ages, socio-economic backgrounds, location, and head spaces can all go and see the same thing that's been done and cared about for like a year, and have a moving experience, whether it be effective emotionally or escapism. And I think it's great that the Oscars celebrate that. So I'm excited where that thought process will take me."

Even if he's not making fun of his famous friends, I hope he incorporates them in some way — especially his husband, David Burtka. And maybe his too-cute kids, too, because why not?