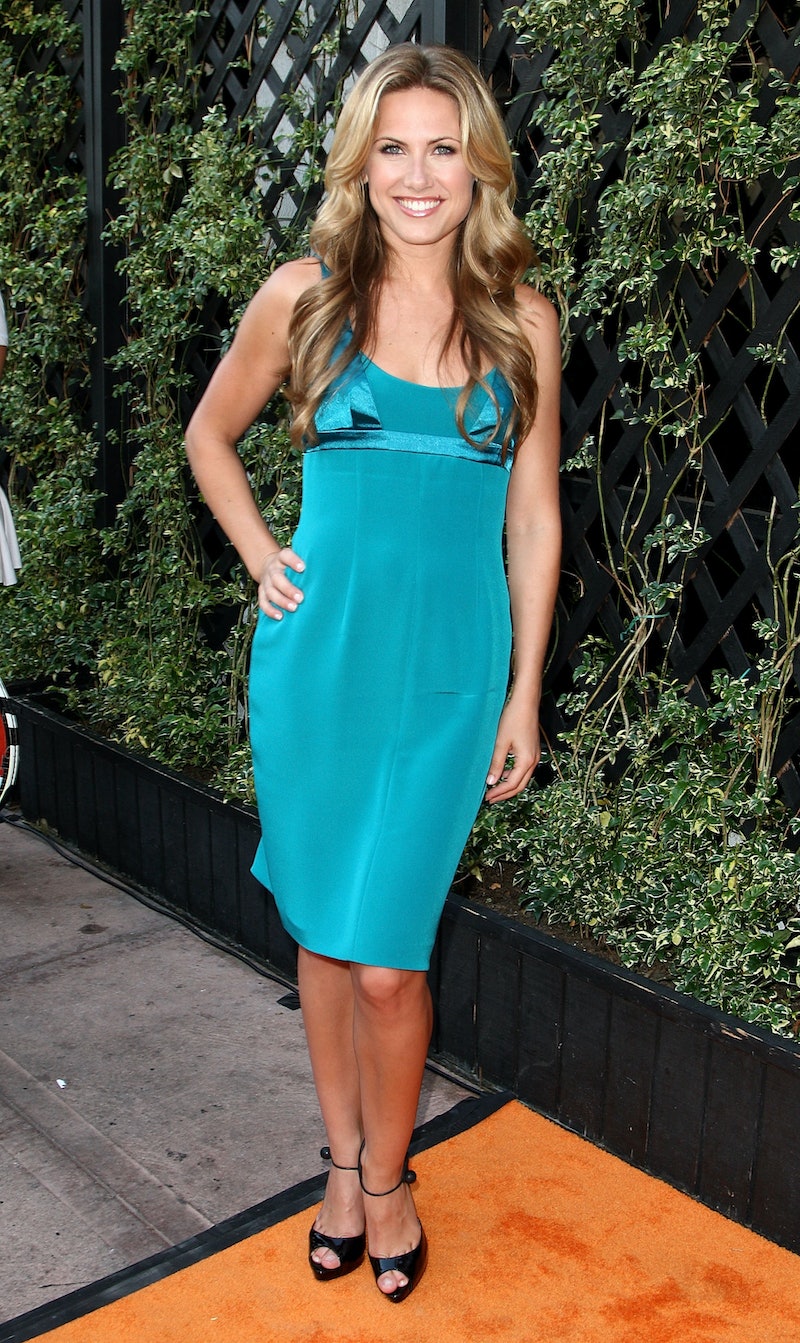 Another episode, another server. At least that's Jax's mentality when he sees Vail, Vanderpump Rules' new SURver walk into the bar. But here's a fun fact, Jax: she's a lot more than her looks. In fact, SUR's new addition is definitely adding a lot to the Vanderpump staff, especially when it comes to IQ score. On Monday's episode, we'll meet the new staff member — at this point, don't you just want to scream "RUN AWAY, VAIL" at your TV? — as she joins the ranks of some of the most attractive, and unprofessional servers out there. But she's actually got a pretty impressive resume.

From a preview of the new episode, Vail gets an interview with Lisa (and Peter — hey Peter! I see you) because she is best friends with one of the other staff members. So that's how it works? There isn't like a Craigslist ad for interviews? Something tells me that Lisa has no shortage of attractive models/actors/actresses who want to work at her restaurants. So what do you need to know about Vail before you decide if you should get too emotionally invested in her plot line on the show, or if you don't care if she and Jax become an item? Here's a rundown of everything you should know about her, as told by the cast of Vanderpump Rules.

She Went to an Ivy League School

Vail graduated from Princeton University with a degree in Architecture in 2004. As Lisa points out, most of the SUR staff didn't graduate Kindergarten (she kids... I think).

She's Been Nominated for an Emmy

What? An Emmy? Yes, during her time on The Young and the Restless, where she played Heather Stevens (from 2007 - 2010) she was nominated for a Daytime Emmy. That's a pretty impressive acknowledgment for an actress. I'm starting to think she's way too good for Jax.

She's Starred in Over 200 Episodes of Soap Operas

As I mentioned above, Vail was on The Young and the Restless from 2007 until 2010, which added up to 215 episodes of work. She considers herself struggling on Vanderpump Rules, but during this time, she was doing pretty well.

She Just Finished a Movie

With Shawn Hunter, nonetheless. Rider Strong is just one star alongside Vail in the upcoming movie Too Late, set to come out 2015.

More like this
Jinkx Monsoon Is About To Get Real Sketchy
By Sam Ramsden
Kenan Thompson Pointed Out A Super True Detail About 'Friends' In His Emmys Monologue
By Grace Wehniainen
What’s New On Netflix: Meet 'The Real Bling Ring'
By Arya Roshanian
What’s New On Netflix: Camila Mendes & Maya Hawke 'Do Revenge'
By Arya Roshanian
Get Even More From Bustle — Sign Up For The Newsletter