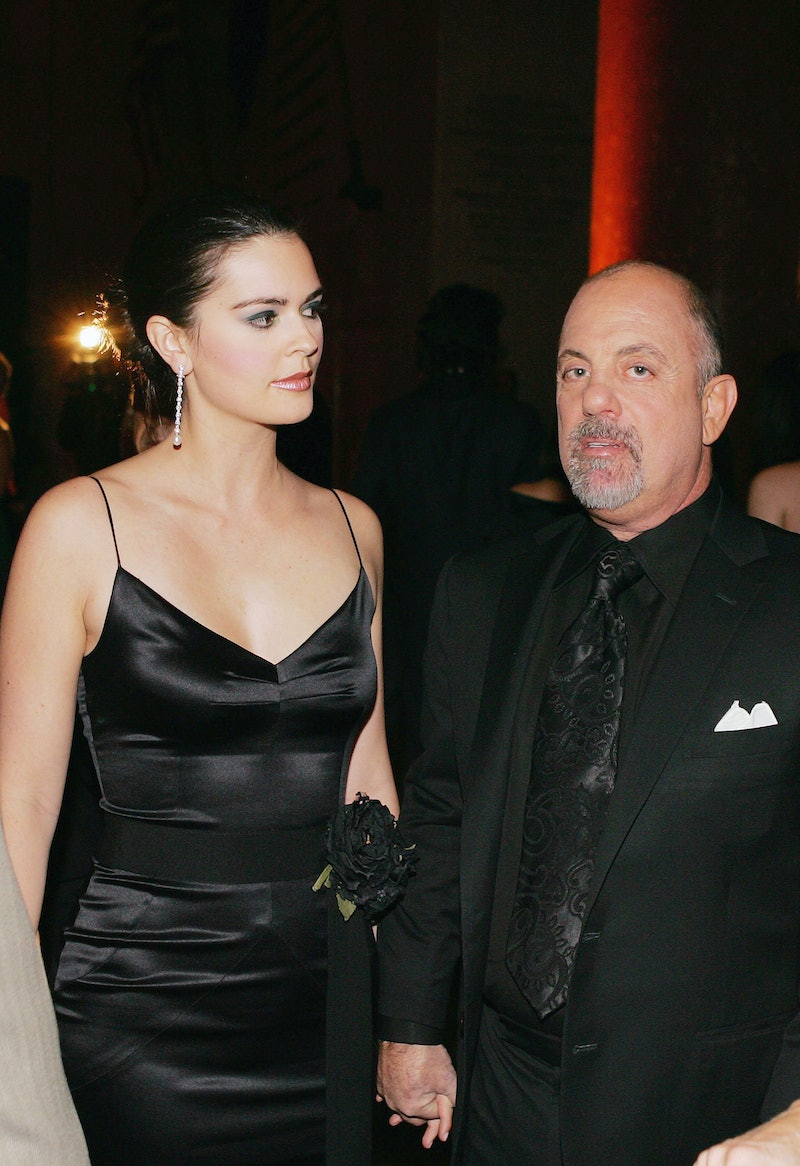 When you think of a "trophy wife," who comes to mind? In pop culture, it might be Anna Nicole Smith, Melania Trump, or Katie Lee Joel. On screen, it might be the investment banker who leaves his longtime wife for a younger, hotter model (see: The Wolf of Wall Street), or the advertising executive who takes up with a secretary decades his junior (See: Mad Men). In a recent article for The Huffington Post, author Kristen Houghton proposes that, with a new crop of successful men marrying women who are their intellectual equals (or superiors), the era of the trophy wife is waning. Instead, this old world union is being replaced by the power couple, where both parties are equally smart, savvy, and successful.

By all accounts, equality of the sexes is a positive progression, but it's important to analyze exactly what cultural assumptions the much maligned archetype of the trophy wife is based upon. Historically, she is seen a gold-digger, and as someone who trades sex for money and a high-end lifestyle. In turn, wealthy men prey upon these brainless bombshells and treat them like living accessories. This relationship model was never built to last, and many end in very pricey divorces.

On the surface, the trophy wife scenario seems highly exploitative. However, these couples are just as much a product of gender disparity in our culture as they are the product of sleazy men and easy women. I think we are seeing fewer so-called trophy wives today because women have more opportunities in the workplace, and brains and beauty are viewed less and less as mutually exclusive. If women feel they can make it on their own and are supported by society around them to do so, then they are less likely to go after this kind of transactional coupling.

That said, there is nothing inherently wrong with a young, attractive woman marrying an older, wealthy man. The trophy wife is really more of an outdated ideal than a reality for most. Many relationships we judge to be unequal from the outside are in fact a lot more so than we realize. Too often the airhead actress or the bimbo model is hiding an M.A. or an M.D. these days. So to celebrate this brave new world of relationships (and the death of the useless trophy wife archetype), let's take a look at a few power couples who take gender parity to a whole new level.

She's a human rights activist and lawyer, he's an actor. In what world is he not a trophy husband? But alas, gender dynamics dictate that this is, in fact, a power couple. He's said on several occasions that he's married up, however.

Priscilla is a former grade school teacher who just graduated from medical school and plans to become a pediatrician. Mark Zuckerberg is the grand master of Facebook. Clearly he married her for a lot more than her looks — and he even learned Chinese just to impress her family.

On any given day it's difficult to know exactly who is more famous and successful than the other. (My bet is on Beyonce, but some might beg to differ.) Whether touring together or supporting each other's individual careers, Mr. and Mrs. Carter are the definitive musical power couple of the decade.

If Bey and Jay are the definitive musical power couple, then clearly Brad and Angie are the acting power couple. On top of starring in some of the most critically-acclaimed films of the past two decades, the Jolie-Pitt's started a humanitarian organization and have donated millions to charities like Doctors Without Borders. And their kids are pretty cute too.

You can't discuss power couples without mentioning the President and the First Lady of the United States. When they met at a Chicago law firm as young lawyers, Michelle served as Barack's mentor. A few things have changed since then, but they remain equal partners in love. (Awwww.)