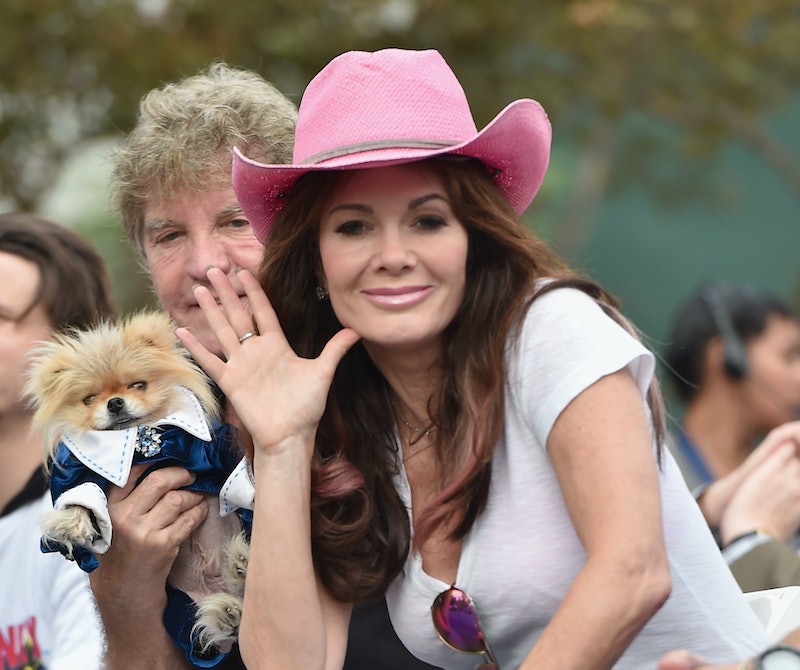 Ask and you shall receive, right? Probably not the case when it comes to dining at one of Vanderpump Rules mother bear Lisa Vanderpump's establishments, SUR or PUMP. So maybe you've waited a month to find a day that will work for you and your girlfriends to go to SUR, but really, it isn't a party until the ultimate girlfriend, Lisa, swings by your table to "make sure everything is great," right? Well, you might want to hold off on that dream, because when Lisa Vanderpump is PUMP or SUR, chances are you still won't see the Beverly Hills queen during your visit.

Now, never say never, because when you least expect it, you absolutely could see a glimpse of Lisa walking through the restaurant. In fact, one Yelp user said that she saw Lisa and the cast filming the show while they were at the restaurant, but they "left the restaurant as soon as they were done with the filming," kind of a bummer, right? If you're lucky, and have an idea of when the show is filming, you're probably going to have a better chance at seeing any of the cast during that time of the year. Many Yelp users, who stated they were fans of the show, mentioned in reviews that they did not see Lisa while they visited the restaurants, or any of the cast for that matter.

Realistically, Lisa doesn't go to SUR or PUMP to be swarmed by fans. As much as I wish she did go to her restaurants to meet and greet fans, that's clearly something that no one (famous or not) would want to do every day. Most likely, Lisa goes to the restaurant if issues arise, or if something that a manager can't handle happens. Of course, if she is there more frequently than her Instagram leads on (more on that in a moment), chances of her wandering around the restaurant while servers and patrons move about are slim. I know it's not what we want to hear, but I'm just going to give it to you straight.

Let's say you hit the jackpot and walk in and see, I don't know, J. Law and her friends at a big table together (it happened, people! this is not a drill!). You could be lucky enough to then see Lisa too, since chances are, if she is there, she will come out and greet the celebrity dining at the restaurant (see Lisa and Ross Matthews above).

On her Instagram, Lisa doesn't post many photos of her at her restaurants, but if she is busy running them, why would she? If you're lucky and good at gambling, take your chances and keep your eyes peeled for Lisa. She might be there, just don't hunt me down if she happens to be hiding.