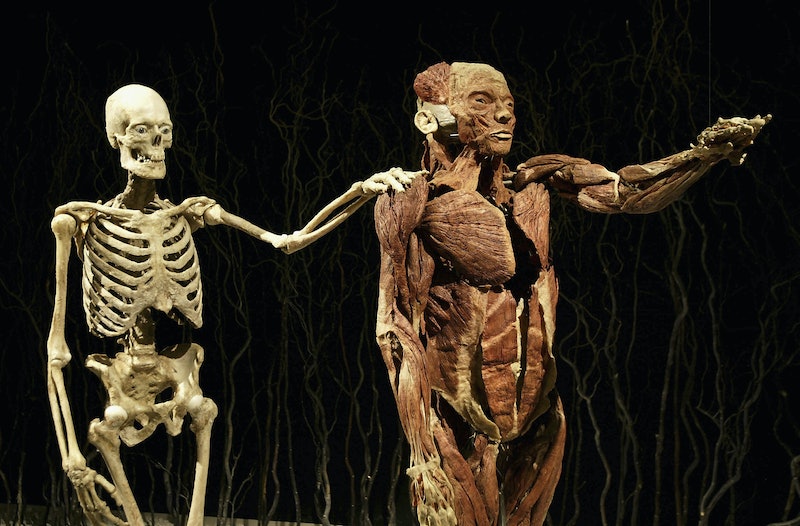 Tuesday night, the thirtieth season of The Real World will premiere. Like the season before it, the MTV reality show's latest voyage will be rocked by a major twist. But the twist is not an ex-plosion of exes. Real World: Ex-Plosion already went there. This twist is a fresh twist. And that fresh twist: SKELETONS. The Real World: Skeletons cameras followed around seven strangers, but they aren’t your standard-issue strangers. They are skeletons. Literal skeletons. Nothing but bones. SKEL. ET. ONS.

This is the true story of seven skeletons picked to live in a house... to get spooky and have their undead lives taped... to find out what happens when people stop having skin and muscles and organs... and start being nothing more than skeletons. The Real World: Skeletons.

I've never been more excited for anything in my entire life.

But before we can watch them get drunk on milk, steal each others' limbs, beat each other over the skull with detached femurs, attempt to conceal their very bulky mic packs, make countless "go to the bone zone" jokes, or argue over who is the most dead, why don't we check out The Real World: Skeletons cast bios?

Hometown: Long Island, New YorkOccupation: Halloween decorationMost Likely To: Be grossed out at the sight of epidermis

Hometown: Peoria, IllinoisOccupation: Wears a wig and stands next to a register at a head shopMost Likely To: Fall asleep while wearing a wig

Hometown: San Diego, CAOccupation: Skate shop decorationMost Likely To: Be mad at a roommate for going to bed before 10 p.m.

Hometown: Duluth, MinnesotaOccupation: Haunted house actorMost Likely To: Get in a fight with a roommate over the state of the refrigerator

Hometown: Orlando, FloridaOccupation: Animatronic at Disney WorldMost Likely To: Take the job assigned to the roommates waaaay too seriously