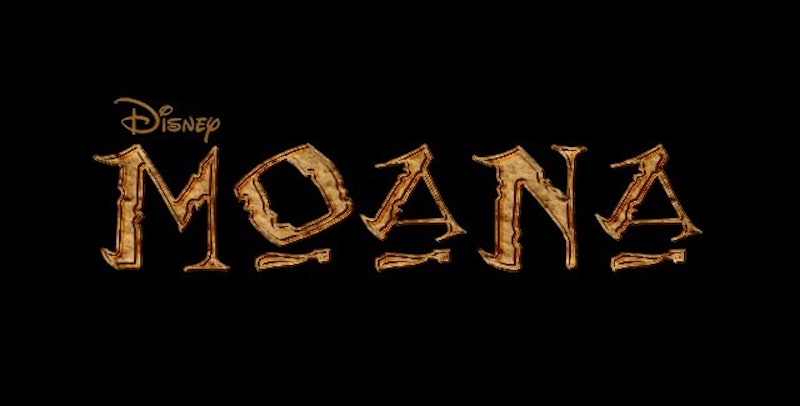 Disney has announced that their newest princess will hail from the Polynesian Islands. The release will be Moana, the story of a Polynesian girl in ancient times who sets sail in search of a fabled island, with the help of her hero, the demi-god Maui. Though a trailer has yet to be released since the feature won't debut until 2016, Disney has released some concept art for the film, and it looks breathtaking. It will be a strictly Disney feature, without Pixar's involvement (sad). So how do you pronounce Moana?

The title character's name is beautiful, but it may be difficult to pronounce for some. This isn't the first Disney character film to be released recently that has had a difficult name—one of their last features was Angelina Jolie as Maleficent, another name that is a mouthful. So before the new oceanic epic is released, here's a quick pronunciation guide to the newest princess' name. And if you want an example, I've included one at the end of the post.

The English inclination might be to pronounce it "Mona," but that's off base. The name is actually three syllables, not two.

Next guess: Moe-Anna, but that's wrong too. It does look like it rhymes with Joanna, but the name Moana has a shorter n sound.

First syllable: Moe, easy. Second syllable: "ah," like when the doctor asks you to open wide. Or the beginning of the word "awning."

Last syllable: "nah," not as short as the colloquial "nuh" that we usually end "na" words with.

And that's that! Now you can talk properly about what you think the newest princess is going to look like. Here's a video talking about the newest heroine from Disney, so you can hear it sounded out: