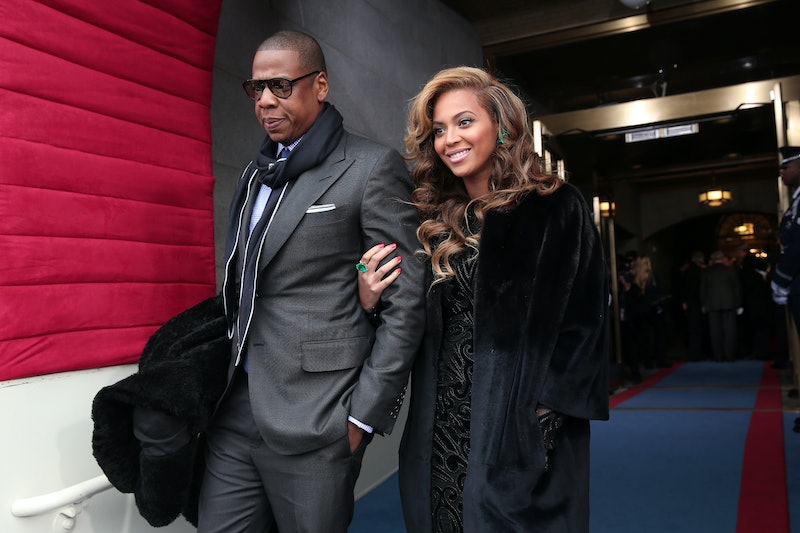 It's been a year since Beyonce's eponymous album dropped. Now Beyonce and husband/collaborator Jay-Z are reportedly being sued along with producer Timbaland over their hit song "Drunk In Love." Oh, and the woman suing them has allegedly requested that a judge order "Drunk In Love" to be pulled from airing.

The woman in question is Mónika Miczura (also known as Mitsou), a Hungarian Roma singer who claims that "Drunk In Love" utilizes her 1995 song "Bajba, Bajba Pelem" in the riffs immediately before Beyonce's vocals kick in. "Bajba, Bajba Pelem" appeared on the Ando Drom album Kaj Phirel o Del? You can listen to and compare the two tracks below. I gotta say, they sound pretty similar, though what that means (or should mean) in terms of this suit and the Beyonce song is not something I have any interest in weighing in on.

According to New York Daily News, Mitsou is alleging that her vocals were "sampled and digitally manipulated, with Mitsou’s voice comprising 29% of the No. 1 hit." Entertainment Weekly writes that she is seeking damages.

You can listen to the original track below — though this one appears not to be sung by Mitsou herself, as the video credits Ando Drom— and Beyonce's "Drunk In Love" below that. The bit of "Drunk In Love" in question starts at :56.

Beyonce's camp did not immediately respond to Bustle‘s request for comment.

More like this
Beyoncé’s Special Tribute To Sister Solange Was Both Touching & Hilarious
By Stephanie Topacio Long
How Ghosts Inspired Kesha's New Music
By Jake Viswanath
Is Dua Lipa Dating Trevor Noah? New Photos Show Them Kissing & Hugging
By Brian Anthony Hernandez and Martha Sorren
Wallows Want Their Own Epic “Lizzo Flute Moment”
By Jake Viswanath
Get Even More From Bustle — Sign Up For The Newsletter