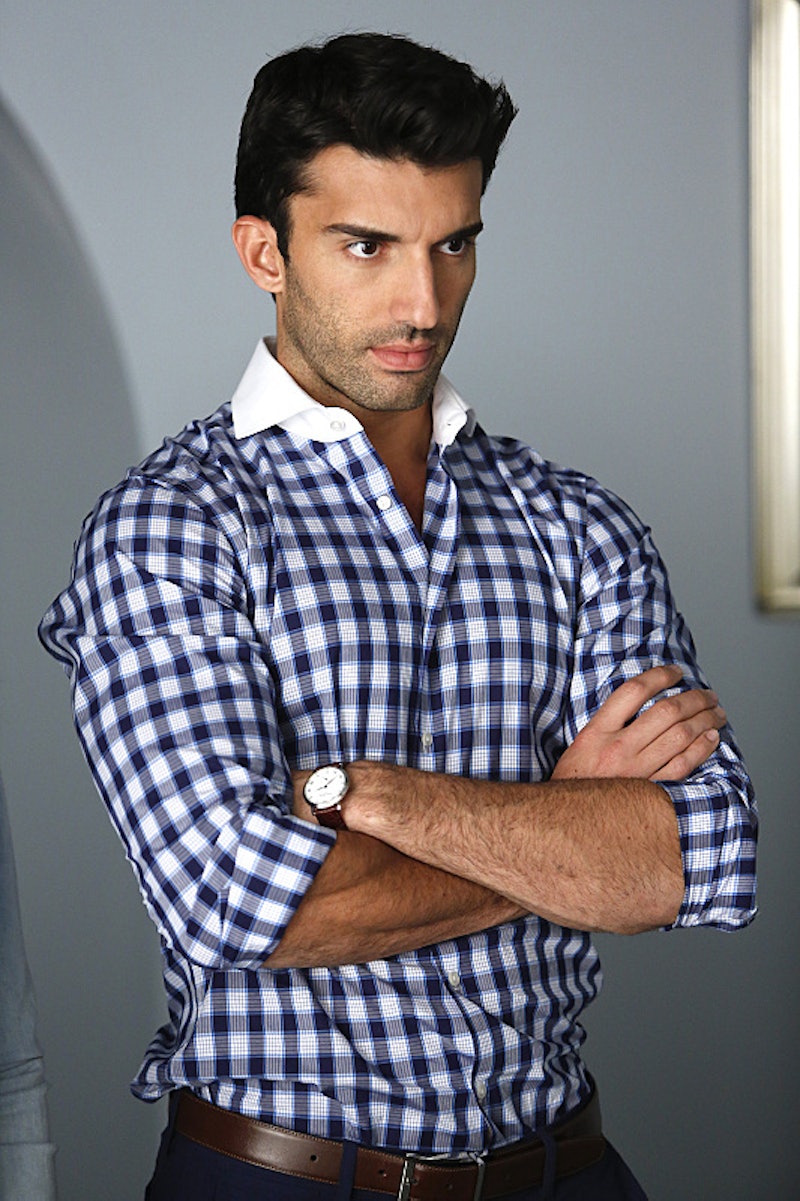 Whoa. I know Jane the Virgin is a telenovela/ soap opera, and I shouldn't trust anyone, but Rafael? Rafael felt like Jane the Virgin 's only good guy — I'm looking at you Michael, you're getting sketchy — so when Michael brought up the possibility that Rafael was Sin Rostro and Sin Rostro was Rafael, everything changed. While at first I was agreeing with Michael's partner, thinking his theory had no proof and no sound evidence, the final discovery inside Rafael's bathroom makes me believe otherwise.

Rafael has completely changed the type of person he is since meeting Jane (again). He has become a kinder, softer, more accessible man who seemed to actually care about those he loved. The latter might still be true, but the chances of Rafael being a bad guy look pretty good. As Michael said on Monday's finale: Sin Rostro went underground around the time that Rafael was diagnosed with cancer, and resurfaced recently when the hotel and Rafael were doing much better. Then again, couldn't that all be a coincidence?

Then how do you explain the man that disappeared in the hotel room? Or the passports that Michael found before returning for them with a warrant — those two disappeared. Also, how the fresh hell do you explain the bathtub that turns into the dungeon of asbestos — that's what I'm calling the bathtub that lifts from the ground and reveals a secret tunnel of moist insulation —, which leads into the depths of the hotel? Why would something like that exist if something shady wasn't going down? And how could anyone but the owner of the hotel manage something like that? They couldn't!

Once Jance the Virgin comes back in January, we'll hopefully find out where the dungeon of asbestos leads to, I just hope Michael isn't waiting that long in the moist dark tunnel.