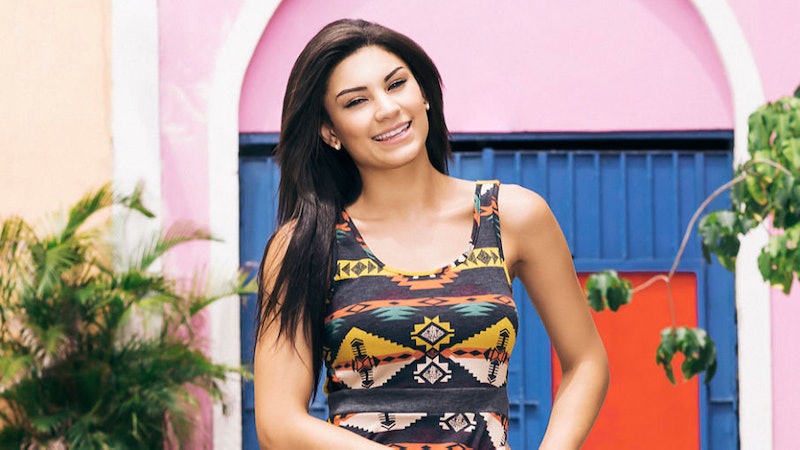 I assumed some of the Are You the One? pairings would still be together on the Aftermath special. I assumed most of them would not be, and for dramatic reasons like "cheating" and "not texting enough." I did not assume I would become emotionally invested in the couple I knew the least about, following an hour of Layton and Brandon-related drama, who I know way more about now than I ever wanted to. No, it was Paris and Pratt who broke up before Are You the One? Aftermath and hit the striped couches with Ryan Devlin to unleash some real emotional pain that no one was expecting.

And now I'm really hoping these two crazy kids might be able to make it work.

Apparently, things started to go south about halfway through their stay in the honeymoon suite after becoming a certified Perfect Match. Six weeks is a lot of alone time for two people who like each other, sure, but especially for a couple who had only known each other for about two weeks before an iPad told them they were destined to be together. But they are! They are destined to be together!

When Paris and Pratt began explaining what happened between the two of them, it was clear that they were no longer together, but there was as much love there as there was pain. Pratt broke up with Paris as soon as the show ended, but claimed to have been so drunk he didn't remember. Pratt openly admitted: "I was a douchebag, I was a d—k." Everyone seemed to be in agreement with that, no one more so than Pratt who aired out some emotional issues on the show.

He's been an emotional wreck since he ruined things with Paris, drinking every night. He's still fully in love with his Perfect Match. But he also couldn't apologize — could barely even bring himself to look at Paris, the woman he says he's in love with, who obviously still has feelings for him too. It's clear Pratt, the life of the party, is struggling with some demons that aren't meant to be part of a relationship. But these two! They're so pretty! And sad! And they love each other!

Paris says this show works because she and Pratt really are perfect for each other, and she believes in the process, and I do too. I mean, I don't believe that an iPad and Ryan Devlin can tell you who should love, but I do believe the emotion that I saw on that reunion show, and that was simply something I never expected out of an MTV dating competition.