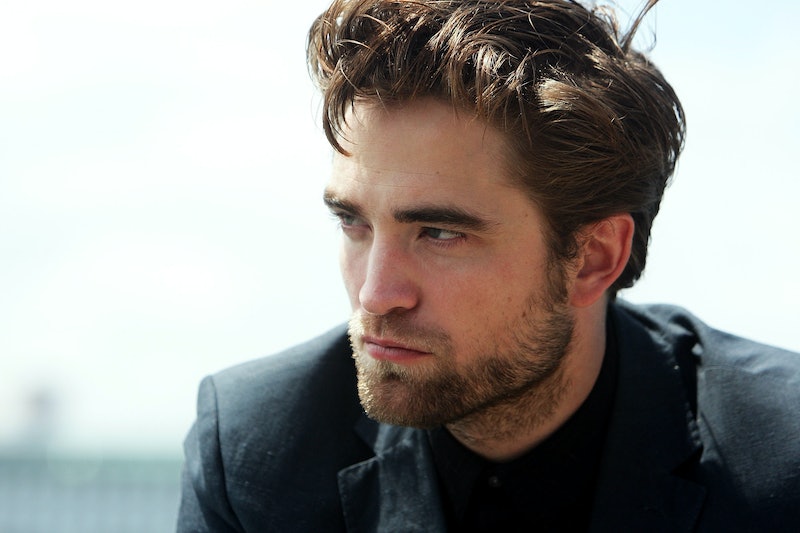 I'm sorry, you guys, but I just need to gush for a moment over how cute I think Robert Pattinson's relationship with FKA Twigs is. The two have already gone through so much in the short time that they've been together, mainly of the racist backlash variety. It's a tragic but true fact that as an African-American musician, FKA Twigs has received racist criticism from people who oppose her obviously interracial relationship with Pattinson. The Internet can be a truly terrible place sometimes. However, it appears that the new couple is still going strong, as there are already rumors that Pattinson and FKA Twigs are thinking of moving in together. They've only been a rumored couple since September, but their love is real.

All right, so I'm jumping the gun here. This rumor was based on the fact that Pattinson and FKA Twigs were allegedly seen furniture shopping, which totally means that they're about to buy themselves a love nest. You know, like how a female celebrity avoiding alcohol at an event totally means that she's pregnant. Hollywood reporting is all about making huge inferences from small, vague clues, all right?

However, even if you don't believe that the pair are about to move in together, you should at least be aware that they are actually living together right now. According to E! Online, a source revealed that FKA Twigs is living with Pattinson "for the foreseeable future" until she has to head to Tokyo for the relaunch of her tour. In the meantime, the same report claims the furniture shopping the couple was doing over the weekend was to "furnish the new house Pattinson bought in the hills" — you know, the house they might probably share one day.

Quite honestly, if you know Pattinson like I know Pattinson (even though I don't know Pattinson), then the fact that FKA Twigs is spending so much time at his house is nowhere near as big a deal as it might seem. There's a popular Tumblr rumor about Pattinson that he was once supposed to be Punk'd for Ashton Kutcher's popular show, but his friends couldn't get him to leave his house. Even if that's untrue, Pattinson frequently states in interviews that his favorite things to do with his time are all home-bound activities, so it should come as no surprise that FKA Twigs would be spending a lot of time with him at home. It doesn't mean that they're about to move in together after three months of dating. It just means Pattinson is probably a hermit.

So, while I think it's absolutely adorable that the two of them are already at the stage of going furniture shopping together, I wouldn't do them the disservice of reading too much into this so soon. They have enough to deal with between outside criticism and media reports ranging from the speculative to the ridiculous. Let's just enjoy the fact that Pattinson is happy and that FKA Twigs is happy — because they're totally my favorite new couple.

More like this
Molly-Mae & Tommy Fury Shared The Cutest Gender Reveal Video
By Sophie McEvoy and Sam Ramsden
Who Is Nick Cannon Dating & How Many Kids Does He Have?
By Jordyn Tilchen and Radhika Menon
Hailey Bieber Just Responded To *That* Viral Met Gala Moment
By Radhika Menon and Sam Ramsden
Dixie D’Amelio & Noah Beck “Love Each Other” Despite Breakup Rumors
By Julia Emmanuele, Jordyn Tilchen and Grace Wehniainen
Get Even More From Bustle — Sign Up For The Newsletter