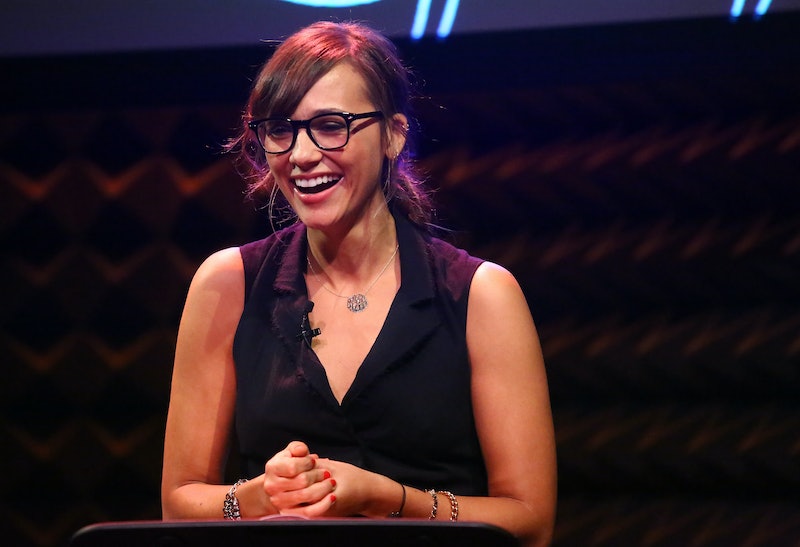 There may be a rise in female-fronted films — both in front of and behind the camera — but the movie industry is still completely male-dominated. There was a glimmer of hope for women in Hollywood this week as screenwriter Kristina Lauren Anderson took the No. 1 spot on this year's Black List with her script, Catherine the Great, but the rest of the list was mainly men. The annual list of best unproduced screenplays had 70 films on it, and only nine were penned by female writers. That's roughly one woman for every seven men on the list. And ironically, Anderson's script centers on Catherine the Great, the longest-ruling female leader of Russia in the 18th Century.

More than 250 studio executives vote for the Black List, and previous alumni include great films like Argo, Foxcatcher, Slumdog Millionaire, and The Imitation Game. (All four of those films were also written by men.) This year's list was announced by various writers, directors, actors, and other members of the industry via videos on Twitter, including fantastic women like Reese Witherspoon, Elizabeth Banks, and Rashida Jones. Hopefully all of the films will be destined for greatness — Jones' Celeste and Jesse Forever was on it in 2009, and she credits the list for making the movie happen — but I can't help but root for the female-fronted ones a little more. Below are all of the ladies on the Black List, and you can check out the full rundown here.