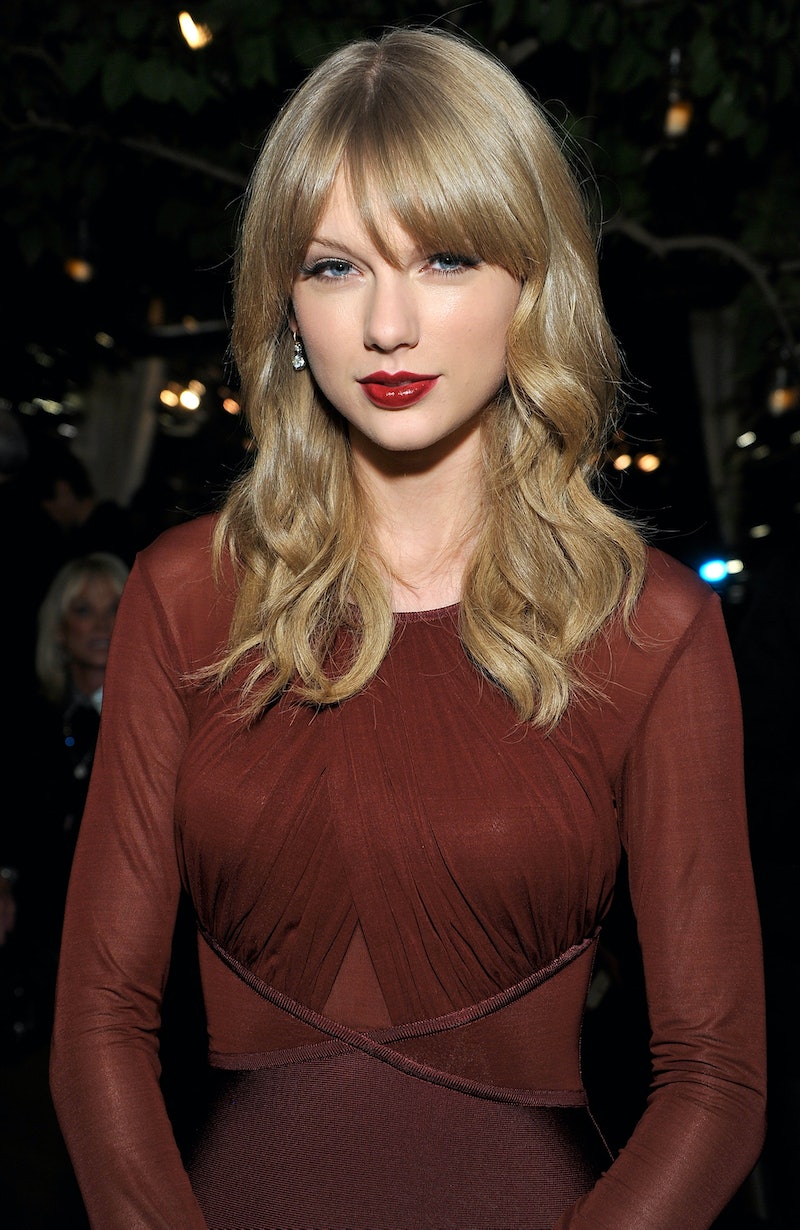 Before I tell you this incredibly awesome turn of events, keep in mind one thing: This is not a rumor. This is real life. Justin Timberlake and Jay Z were seen leaving Taylor Swift's New York apartment on Monday, and the only conclusion I can draw is that something amazing is about to happen.

Unfortunately, that's the only piece of information we have about their visit — just that it did, in fact, happen. Normally, I'd be more surprised, but Swift's been spending a lot of time with these two over the past few days. Not only did they both attend her extremely epic 25th birthday party on Friday night, but Swift was seen dancing and singing with Beyoncé at a Timberlake concert over the weekend. And if they weren't all pals before, they're definitely friends now, and there's no union I could approve of more. I thought my brain exploded when Beyoncé and Kate Middleton met earlier this month, but I was young then. I had no idea how much could happen in the span of a few days between some of my favorite celebrities ever.

As for why Timberlake and Jay Z were hanging out with Swift, there are a ton of possibilities.

One Ridiculous Collaboration Is About to Happen

And I could think of nothing I'd love more. I don't care whose album it's for, but Timberlake, Swift, and Jay Z all on the same track would be musical gold.

Timberlake and Jay Z don't exactly strike me as the baking type, but with Christmas around the corner, maybe they turned to Swift for a few pointers? Being that the two legendary artists are only my best friends in my head, there's a lot I don't know about them. It's totally possible they can make a mean chocolate chip cookie. I'm going to need photographic evidence if this happened.

'Tis the season for holiday crafts. One time, Swift had friends over and they all made snow globes out of Mason jars. Maybe the idea was such a hit she decided to reuse it this year?

And Jay Z came over to work out the finer details of her contract, with Timberlake as moral support. I just know that Swift is awesome with kids.

They All Smoked Cigars & Talked About Life

Jay Z and Timberlake just seem like the cigar-smoking type, right? I could totally see all of them perched on Swift's balcony, wearing old-fashioned smoking jackets and discussing important things, like world affairs and what happens when we die.

Swift Is Considering a Rap Career

She did country, she did pop — the next logical step is rap. Who better to guide her through the process than her new besties Jay Z and Timberlake?