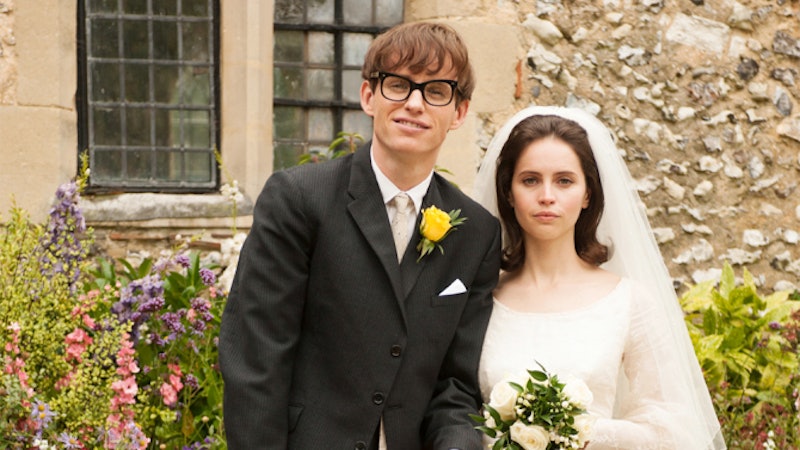 For most people, the end of the year is all about Christmas celebrations, holiday music, and stuffing one's face with as much food as possible. For me, though, December only means one thing: movies (well, also the overeating). This is the time when I get to see all the great films vying for next year's Oscars, as well as catch up on all the worthwhile ones I may have missed over the past twelve months. And this year, there are plenty; from mind-twisting dramas to gut-busting comedies to Lego-tastic kid flicks, 2014 contained more than the usual bunch of must-see movies, and over the next few weeks, I plan on watching each and every one.

And I have to move fast. Next year's Oscars are approaching quickly, and I want to be sure to get every possibly-nominated movie in before it's time to tune in/catch all of host Neil Patrick Harris' pop culture references. If you're as behind on this year's crop of films as I am, here's a list to get you started — from most to least important, here are the 12 movies you need to watch before Oscar night, which is February 22. The show will air on ABC at 7 p.m. ET.

What It's About: A former movie star (Michael Keaton, pretty much playing Michael Keaton) hoping to revive his career through a Broadway show.

Why You Need to See It: It's Keaton's comeback, and he's supposedly incredible — as are Edward Norton and Emma Stone as his character's lead actor and daughter, respectively. Called hugely ambitious and hilariously self-aware, Birdman is the frontrunner for all the awards.

What It's About: 12 years in the life of Mason (Ellar Coltrane), as well as his divorced parents (Patricia Arquette and Ethan Hawke) and sister (Lorelai Linklater).

Why You Need to See It: It's unlike any movie ever made — really. Director Richard Linklater shot the same cast over 12 years, but the result, a smart, touching, and beautiful film, is no gimmick.

What It's About: The 1965 marches led by Martin Luther King, Jr. (David Oyelowo) to fight for civil rights.

Why You Need to See It: The acting is said to be great, the script sharp, the subject important —and thanks to its mostly black cast and female director, Selma 's already making history.

What It's About: Alan Turing (Benedict Cumberbatch), a mathematician working to crack Nazi codes during World War II.

Why You Need to See It: Cumberbatch's performance as the sad, strange Turing is being called career-making, and Keira Knightley is said to more than hold her own as fellow code-breaker Joan Clarke. This isn't your typical biopic.

5. The Theory of Everything

What It's About: The unconventional love story between physicist Stephen Hawking (Eddie Redmayne) and his student, Jane Wilde (Felicity Jones).

Why You Need to See It: The Best Actor Oscar is being called Redmayne's to lose, and Jones, apparently, is no less remarkable. Unfortunately, the movie itself is said to not be quite as good as its lead actors, but it's a major contender nonetheless.

What It's About: The incredible life of Louis Zamperini (Jack O'Connell), a man who survived, well, everything before passing away this year at 97.

Why You Need to See It: Even if it has its flaws, there's no denying that with a plot and inspiration like that, Unbroken is bound to make you feel all the things. Plus, it's Angelina Jolie's movie, and you know you'll want to talk about that.

What It's About: The mysterious disappearance of Amy Dunne (Rosamund Pike), for which her husband, Nick (Ben Affleck) might be responsible.

Why You Need to See It: Like you haven't already. But just in case: Gone Girl is whip-smart, perfectly acted, and full of twists and turns that non-book readers will never see coming.

What It's About: The turbulent relationship between an aspiring drummer (Miles Teller) and his cutthroat instructor (J.K. Simmons).

Why You Need to See It: Those performances. Both Teller and the criminally-underrated Simmons have won huge praise for their roles, with Simmons the frontrunner for Best Supporting Actor.

What It's About: A hotel concierge (Ralph Fiennes) accused of murder, and the many odd, fascinating people involved in the case.

Why You Need to See It: I wasn't kidding about the "many." Practically every actor who's ever been in a Wes Anderson film is in this one, from Bill Murray to Tilda Swinton to Ed Norton. It's not Anderson's best work, but even his mediocre films are still miles above most others.

What It's About: All your favorite fairy tales, but focusing on a couple (Emily Blunt and James Corden) trying to reverse a curse set on them by an evil witch (Meryl Streep).

Why You Need to See It: A massive ensemble, Broadway songs, and Meryl Streep set on winning her next Oscar. You may not need to see this one, but you'll want to.

What It's About: The super dysfunctional relationship between Olympic wrestler Mark Schultz (Channing Tatum) and his mentally ill coach (Steve Carell).

Why You Need to See It: The movie's supposedly only decent, but the performances of its lead actors (including Mark Ruffalo as Schultz' brother) have won major acclaim.

What It's About: The quest of a grieving Cheryl Strayed (Reese Witherspoon) to hike the Pacific Crest Trail.

Why You Need to See It: Heard of the McConaissance? This is the Witherssance. Reese is back, and Wild, based on a beloved memoir and with a script by Nick Hornby, is the perfect vehicle.

And 5 More You Should See:

Interstellar: It may not get nominated for any major awards, but it's a safe bet it'll take home at least several of the visual and technical categories.

Still Alice: It's Julianne Moore in the role of a lifetime. The Best Actress Oscar? It's hers.

The Lego Movie: The only movie with a chance for Best Animated Feature, it's also the most fun you'll have during this whole, depressing-drama Oscar marathon.

More like this
Here’s Everything Coming To & Leaving Netflix In October
By Jake Viswanath
Markella Kavenagh was working in retail before 'The Rings of Power'
By Maxine Harrison
These 25 International Horror Movies On Netflix Prove Fear Is A Universal Language
By Bustle Editors
What’s New On Netflix: Ana De Armas’ 'Blonde' & A Nick Kroll Special
By Arya Roshanian
Get Even More From Bustle — Sign Up For The Newsletter