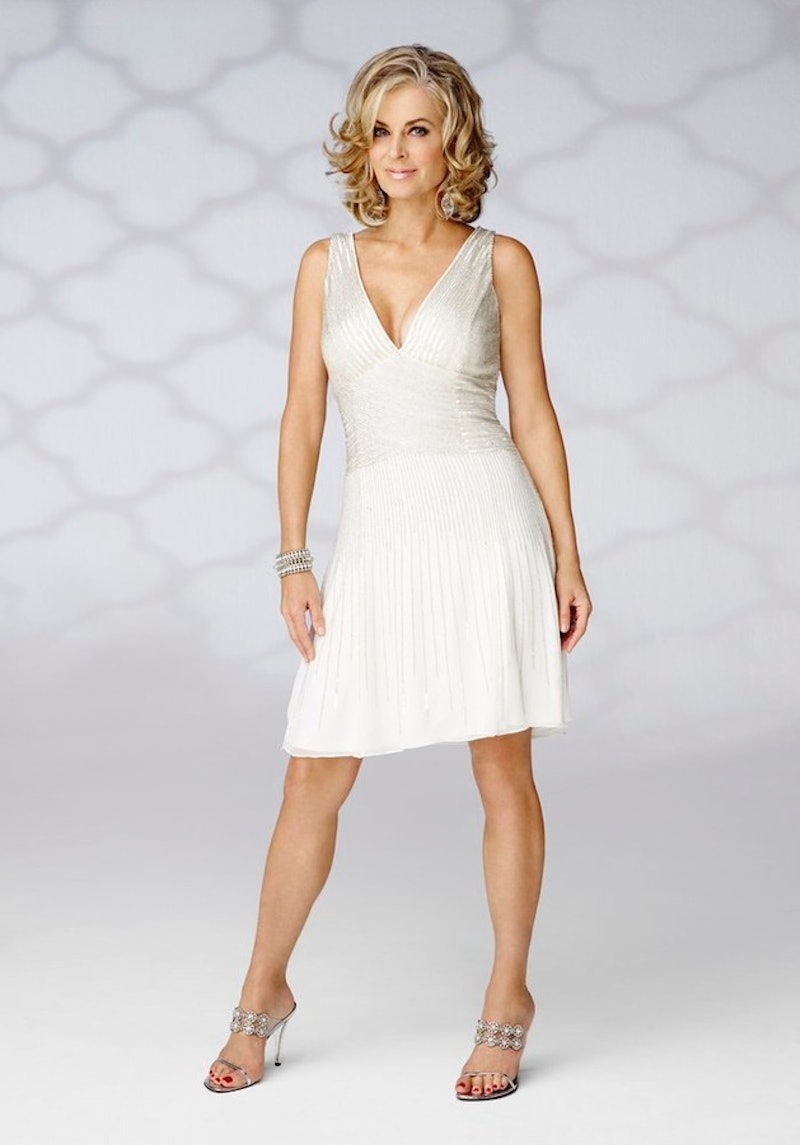 The Real Housewives of Beverly Hills welcomed two newcomers this season, but the pair is actually anything but strangers to each other, as well as fans of the soap opera world. Beverly Hills' newest housewives, Eileen Davidson and Lisa Rinna, have both made their debut on the show, and they really are two breaths of fresh air (sorry, Brandi and Lisa, but your feud is just getting old). Eileen and Lisa R. actually have an extremely familiar past with each other, which could work in their benefit for teaming up and having each other's backs in RHOBH fights, or might be the thing that causes more drama for the women. My money is on the latter.

According to Eileen's Bravo blog, she's known Lisa Rinna since the '80s (would love to see a picture of these two from back then). Lisa was dating someone on The Young and the Restless, where Eileen worked, so they’d bump shoulders every once in a while. According to Eileen, they became friends when they were working on Days of Our Lives. Eileen started on Days of Our Lives in 1993, while Lisa first started on the show in 1992.

Obviously soap opera hours are extremely different than any other television show filming schedule, since they produce episodes for every day of the week, so the women definitely had a chance to get close during the show's long hours. Eileen mentions that the two would spend a lot of time together “talking, rehearsing, and general kvetching about the amount of work” they were doing.

But like every friendship, people pull apart, and according to Eileen, the women’s lives took them in different directions. That doesn’t mean they still didn’t see each other, but their relationship was probably more like a high school friend from your hometown that you don’t talk to much, but you guys run into each other occasionally and you’re genuinely happy to see them, then you don’t see/talk them for another year. Maybe I’m just projecting.

Eileen finished her comments on her relationship with Lisa by saying “Seeing her for lunch was our chance to reestablish a friendship I treasure.” I don’t know about you, but that sounds like the famous last words of two housewives that are going to hate each other by the end of the season, and the perfect clip for Andy Cohen to show at the end of one of his reunion video packages.