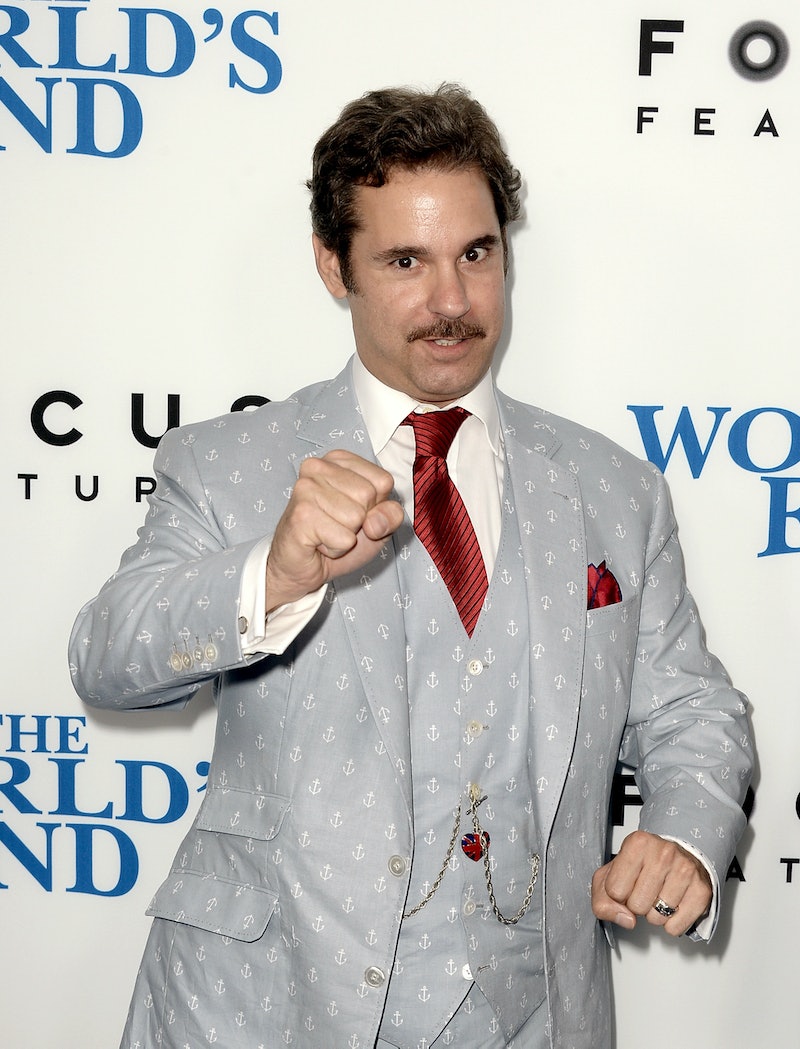 As 2015 quickly approaches, we all start thinking back wistfully at the year that was 2014. It was full of emojis, scandalous celebrity bums, and the arrival of Gilmore Girls on Netflix. It was truly momentous. According to Google's search data, the biggest trends in entertainment of the year were (naturally) Frozen, Coachella, Gone Girl, Serial podcast, Iggy Azalea and all things Kim Kardashian. However, the one big surprise of Google's most-searched terms of the year came in the television category. The first on the list was HBO's fantasy drama Game of Thrones, which has been a pop culture phenomenon since it premiered. However, second on the list will certainly raise an eyebrow or seven. It wasn't Sherlock, Downton Abbey, True Detective, Sons of Anarchy or even Teen Wolf. It was was a far less-known comedy show on the Fusion network called No, You Shut Up!

The show stars comedian Paul F. Tompkins as host and he's joined by a panel of puppets (you heard me correctly) and they discuss the most hot-button topics of the day... until it all ends in a fit of puppet screams and finger-pointing. Sounds like politics to me. No, You Shut Up! also features an array of celebrity guests and the best comedians in the game commentating on everything from the State of the Union to raising the minimum wage to debating why Frozen actually sucks. Like many-a-political-news-satire-show, the bonus segments are really where the series shines — like, investigating who REALLY still uses pay phones. Mind you, the investigator is a puppet named Hot Dog. According to Talking Hot Dog's Twitter profile, he's an "Actor, Model, Hot Dog," so that should give you some insight into the show's brand of humor.

Also featured regularly on the panel is A Bird, Barry the flying squirrel, Chambray a non-gendered actor, The Constitution, Blue Crab and Red Crab as hosts of the segment "Crab Fire," and Yerp Nerp, an alien who often speaks on the subject of immigration... just to name a few.

Considering No, You Shut Up!, a small cable network satirical news show with puppets, came in right behind the premium cable monolith that is Game of Thrones, it can't be long before this best-kept secret becomes a sensation. Or maybe we just needed a few dozen furry creatures with an eye on the White House to fill The Colbert Report-shaped hole that's about to be left in our hearts.

Check out No, You Shut Up! doing its highly-searchable thing: