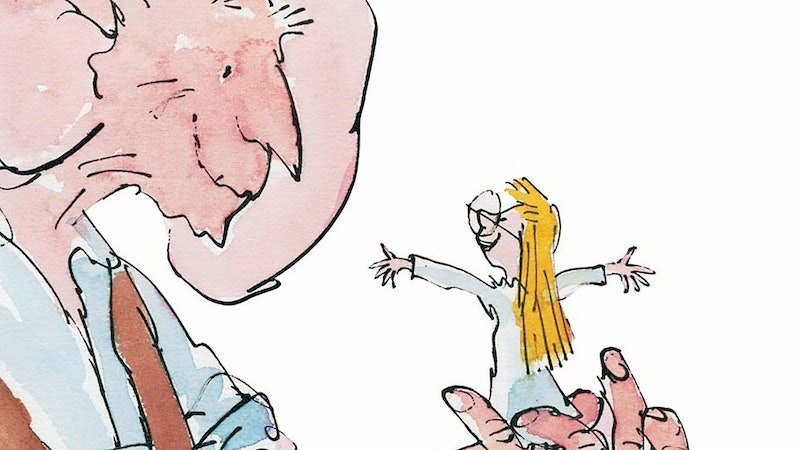 Before E.T., no one knew who Drew Barrymore was, and the same breakout is about to happen for upcoming BFG star Ruby Barnhill. Steven Spielberg cast the 10-year-old actress as Sophie, the young London girl who befriends a friendly giant (played by Tony winner Mark Rylance), in her first-ever film role. Although Spielberg could have gone with a well-known young actress, he found that Barnhill was the perfect fit. "After a lengthy search, I feel Roald Dahl himself would have found Ruby every bit as marvelous as we do," Spielberg said in a statement. Considering this was Dahl's favorite book that he wrote, it means even more that the casting is spot-on. With some longer blond hair and glasses, I can see her as little Soph.

It always surprised me that the 1982 book took so long to hit the big screen, but then again, only six of Dahl's books have become movies. I imagine this being more like Matilda or The Witches than Fantastic Mr. Fox, but they will have to sneak some interesting CGI in the process. It is worth the wait in many ways, though, because in the '80s, technology could have made The BFG look crazy and taken away the focus from the sweet central friendship. With Spielberg at the helm and his confidence in Barnhill, I'm counting down the days until the film premieres on July 1, 2016.