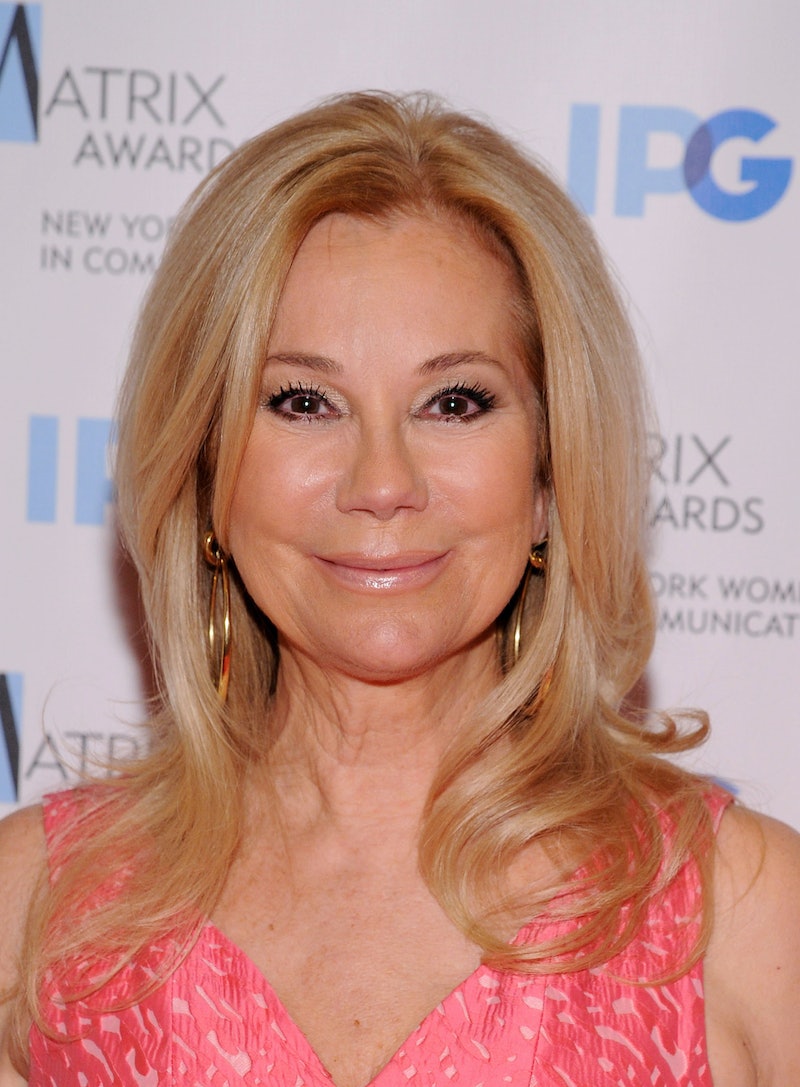 Just add this to the long list of many calling out the former Cosby Show actor. Kathie Lee Gifford says Bill Cosby tried to kiss her once, but she told him no. During Tuesday's Today show, Gifford commented on Cosby's wife Camille Cosby breaking her silence and calling her husband "a kind man, a generous man, a funny man, and a wonderful husband, father and friend. He is the man you thought you knew." Per Gifford, she reportedly encountered a different man while traveling with Cosby as his opening act for several years. Gifford revealed,

I will admit, towards the very last times I saw him, he did try to kiss me. I said, "Bill, no, we're friends," and he said, "OK, goodnight," and I said, "Goodnight." And I went to my room, and he went into his room.

Later on Gifford added, "A lot of married men come onto single women... but once I said, 'No, absolutely not,' he respected it." She reflected on Cosby's "great kindness," like when he handed over gambling money to Gifford and her two backup dancers.

However, now that many are stepping forward about Cosby's alleged sexual abuse, Gifford is thinking back to her time spent with the comedian. For example, after supermodel Beverly Johnson revealed Cosby reportedly drugged her with a cappuccino, Gifford remembers Cosby making she and her dancers the very same drink.

I do know that I got a chill [reading Johnson's story], because every night when we'd come off stage and Bill would be going on-stage, he would have made cappuccinos for all three of us. And I always thought it was such a kindness and it was so sweet, and now you see Beverly Johnson saying that he made her a cappuccino, and I just don't want it to be true, but I'm not saying that the women are liars. I'm just saying I never personally saw it with my own two eyes.

Like Gifford, how many other women do you think are reflecting about their time spent with Cosby? I'm sure many, if not all, have been doing just that since the first sexual abuse claims came about. I bet those very women are even wondering about Cosby's true intentions and probably get chills similar to Gifford. How could you not?

Cosby has spoken out about the allegations himself, and his lawyer has denied the claims in previous statements saying,