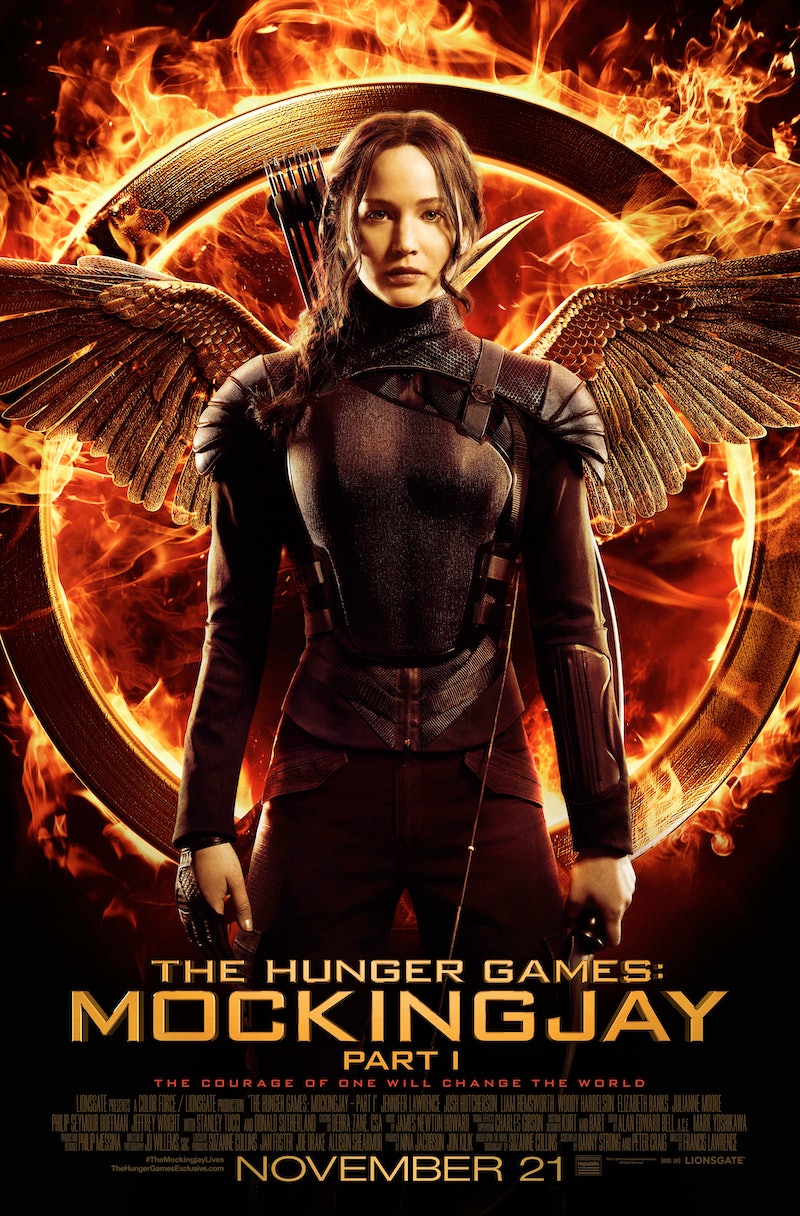 The most important part of the third Hunger Games film is something hardly anyone is talking about. It's the fact that Katniss isn't sexualized in Mockingjay Part 1. Perhaps that makes perfect sense to you. After all, there's a war going on and she's portraying a mentally disturbed young woman. Of course she wouldn't be sexualized! But here's the thing: Katniss is the hero of Mockingjay, and in almost every other movie featuring a female hero, she is beyond objectified. She may be saving the world, but she's doing it in skin-tight spandex with a convenient front slit to show off her boobs.

Jennifer Lawrence is extremely pretty, and Mockingjay could have given her an equally sensual outfit, but instead they stayed true to the clothes from the book which are downright frumpy. Lawrence spends much of the film wearing the District 13 gray jumper with a high waist and no shape. But even when she has her Mockingjay outfit on, she remains there to do business, not to show skin. She's completely covered up and her clothing is built for movement and action, not to please the male gaze.

It's a huge contrast to many of the female action heroes to come before her. Let's take a look at some of those vs. what Katniss looks like.

I love Alba and Fantastic Four, but sadly her role in this film was pretty much diminished to sexual plaything.

She's totally badass, but why does that make her zipper stop working?

This lingerie-style outfit is totally unnecessary.

Don't even get me started on this one.

But Katniss Defies All This

Look at that jumper. It's borderline hideous and I'm so grateful for it. Mockingjay isn't about what J Law looks like, it's about the destruction of humanity and Katniss doesn't have time for objectification.

...And she doesn't have to look good doing it because that's not the point. A million kudos to the costume team for staying true to the message of the novel and for giving girls a heroine who can kick butt while still keeping her clothes on. It was about time.