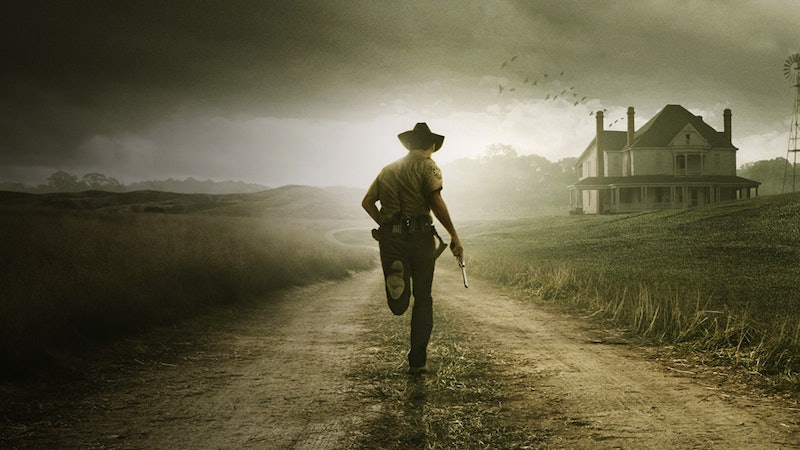 After what's felt like years of speculation, AMC has finally revealed the location where The Walking Dead 's upcoming, still untitled spinoff will be set. And drumroll please: The lucky city to experience its very own televised walker invasion is none other than the City of soon-to-be-living-dead Angels, Los Angeles.

While the Deep South is a great and fitting setting for a show like The Walking Dead, which deals with a zombie invasion and its heavy (very, very heavy) repercussions, I'm actually really happy to hear that producers have decided against setting the show's upcoming spinoff anywhere near the original show. Not only would that open too many doors for a crossover, which doesn't seem likely to happen between the two shows, but it would also be way too similar to The Walking Dead itself — and, as great as TWD is, why would we need two of the same show?

Additionally, there isn't much time left until production on this show actually begins, so it might not be ages and ages until we all get to actually see it: According to TVLine , the pilot — starring the recently cast Cliff Curtis, Frank Dillane, and Alycia Debnam Carey — will begin filming in early 2015. Also, as previously reported, the series will follow "a male divorced teacher [Curtis] and a female guidance counselor," along with their respective children (Dillane and Carey).

No word on when the show will actually premiere on AMC, but this is huge news regardless — walkers in L.A.! Zombie movie stars! The only way that this could get any more perfect would be a confirmed Bill Murray cameo — hey, I can dream, right?