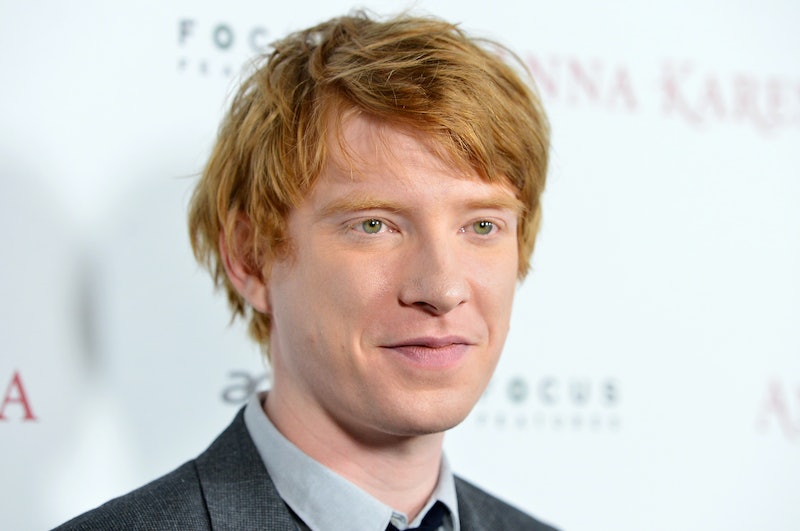 Angelina Jolie's directorial powerhouse Unbroken has been getting a lot of Oscar buzz even before the film so much as touched the theaters. Sadly, the subject of the film, Louis Zamperini, passed away prior to the movie's release, but his legacy lives onward in the hearts of his family and friends, in the heart of Jolie, and on the big screen for the audiences who will get to watch it play out. However, as with all film adaptations of true stories, Unbroken has become the subject of more than a little Hollywood movie magic. I mean, what are the chances that Russell Allen "Phil" Phillips actually looks like Domhnall Gleeson? (If only we all looked as good as the actors in the future biopic about our lives, am I right?) So what did "Phil" from Unbroken really look like? Gleeson wasn't that far off, actually.

According to the photographs on Unbroken author Laura Hillenbrand's website, Lieutenant Phillips had rather large ears attached to a rather thin face — much like the adorable Colin Morgan from Merlin — which he combined with a personality she describes on her website as "quiet" and "gentle-tempered." As you can see in the film, Phil was the pilot of the B-24 known as the Super Man, as well as Zamperini's roommate and best friend. While he survived the events of the movie both on screen and in life, he reportedly died in December 1998.

From this old photograph, you can certainly see the gentle nature of his war hero in his soulful gaze and the slight awkwardness with which he holds himself in front of the plane. He was an excellent soldier, and by all reports an admirable person, and that comes across beautiful in the photographs available of Phillips.