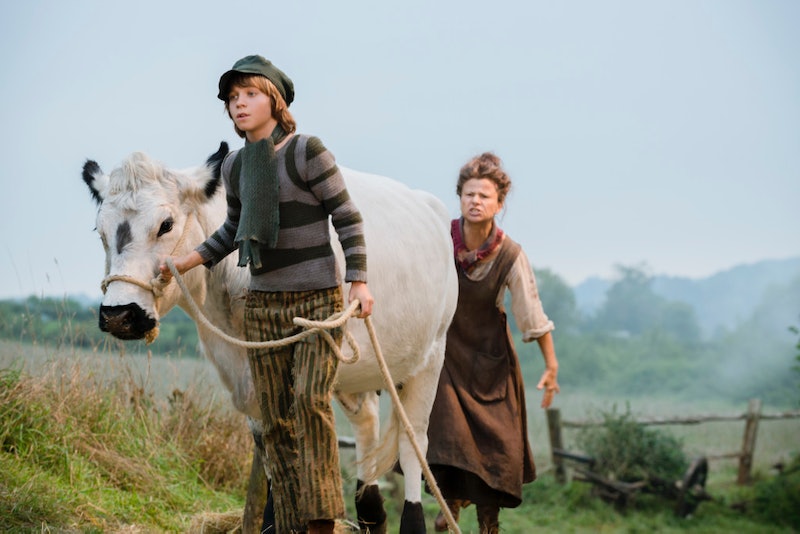 Welp, the holidays are nearly over. You've eaten your Thanksgiving turkey, you've unwrapped the presents beneath the Christmas tree, and New Year's Eve is right around the corner. But never fret, the holiday spirit is still alive in the films that come out on Christmas day. This year, you've got a few to choose from, but considering you've landed on this post, I assume you made your choice in Disney's adaptation of the popular musical, Into the Woods.

Directed by Rob Marshall, the film "is a modern twist on the beloved Brothers Grimm fairy tales in a musical format that follows the classic tales of Cinderella, Little Red Riding Hood, Jack and the Beanstalk, and Rapunzel-all tied together by an original story involving a baker and his wife, their wish to begin a family and their interaction with the witch who has put a curse on them."

And while many of the film's leading roles — Meryl Streep, Anna Kendrick, Emily Blunt, Chris Pine — are easy to pinpoint, Jack (of the Beanstalk fortune), is harder to place. The actor is 15-year-old Daniel Huttlestone, who looks undeniably younger than his age, and has only appeared in one other motion picture, last year's Les Misérables. England native Huttlestone played Gavroche, the younger brother of Eponine who comes to a tragic and fateful end. His performance was both impressive and heartbreaking, and he proved he had the singing and acting chops to play alongside Hugh Jackman, Anne Hathaway, Russell Crowe and more.

Here he is singing in Les Misérables, to refresh your memory:

More like this
12 ’90s Movie References You Missed In 'Do Revenge'
By Radhika Menon
Maxim Baldry Plays This Pivotal Role In 'The Lord Of The Rings' Universe
By Maxine Harrison
What Does Nancy Jo Sales Think Of 'The Real Bling Ring'?
By Arya Roshanian
The Spice Girls Just Dropped A Brand New Music Video
By Sam Ramsden
Get Even More From Bustle — Sign Up For The Newsletter