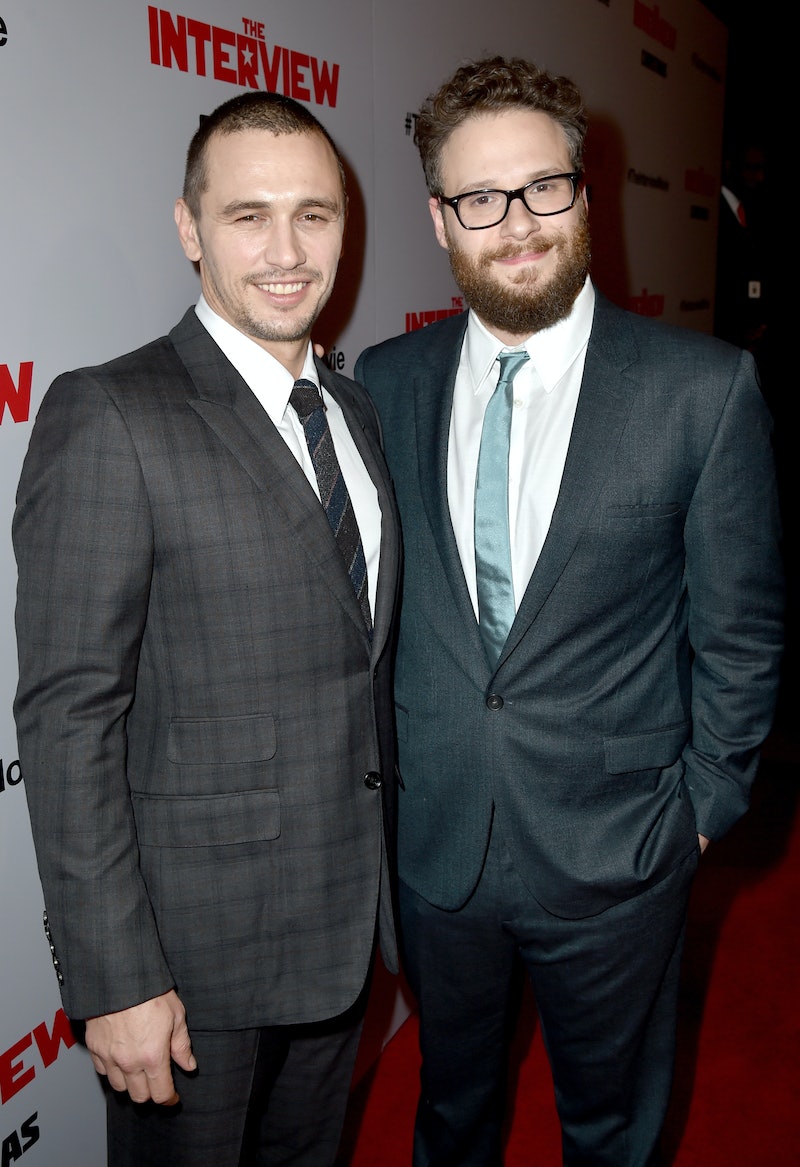 Update: According to a statement released by The Department of Homeland Security, "We are still analyzing the credibility of these statements, but at this time there is no credible intelligence to indicate an active plot against movie theaters within the United States." The Sony hack just got even more terrifying in one of the most explicit threats yet from the so-called Guardians of Peace group. The Sony hackers have threatened a September 11–like attack on theaters showing The Interview, starring James Franco and Seth Rogen. Past messages from the hackers have included salary information, celebrity names and aliases, social security numbers, and other private information, but this is the most frightening move as of yet, in addition to their threat against Sony employees and their families.

Not only did the hackers release a new set of leaked emails, but they also warned anyone attending a showing of The Interview — a comedy about an assassination attempt on North Korean leader Kim Jong-un — with a strong message.

As USA Today reports, the hackers are promising fear and threatening the lives of anyone who sees the movie in theaters, including those who attend the premiere. The hackers tell others to stay away from any theater showing the movie, in addition to those who live nearby.

It was first suspected that the threats originated in North Korea in retaliation for the movie's message, but the country has denied any involvement. There is still no word on whether Sony will pull the release of The Interview , which is set to open in theaters on Christmas Day.