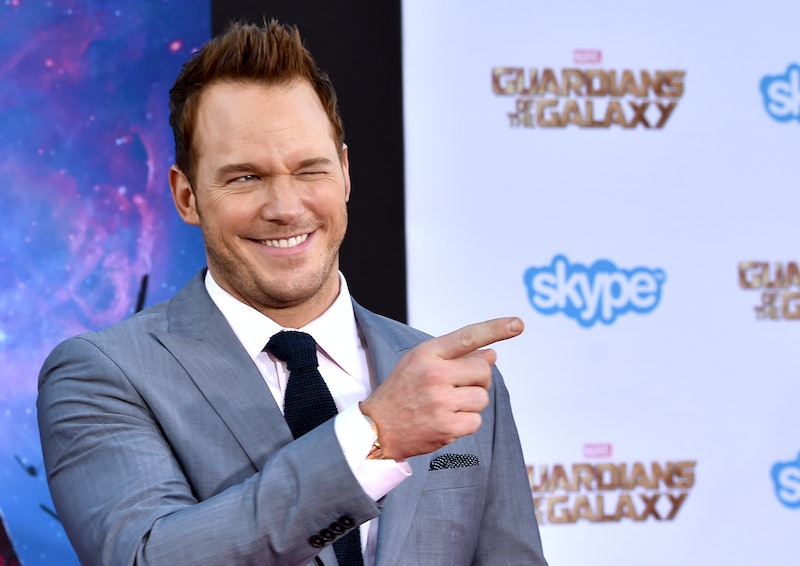 As a diehard Parks and Recreation fan, I can't even tell you how difficult it is for me to type the following words out on my screen right now: Parks and Recreation is ending next year. Seriously, my fingers would barely move across the keys to spell that out — it's just that hard to believe, because how could a show full of such happiness, joy, and waffles be coming to an end, ever? Alas, however, it's true: Filming has ended, and the premiere date of the show's final season has been set. The good news, though, is that we at least still have a whole season to look forward to from the show — and videos like this one, of the cast sharing their glorious, amazing tributes to the show that touched the lives of honorary Pawneeians forever. At the Parks and Recreation wrap party, Chris Pratt shared a touching tribute for Li'l Sebastian, the late, great, amazing mini-horse (the only mini-horse with an honorary degree from Notre Dame!), in the form of a song first heard during the Li'l Sebastian memorial episode: Mouserat's "5,000 Candles In the Wind."

Honestly, I know I may be biased because I'm a diehard fan and everything, but this brought tears to my eyes. It's just the perfect tribute in every way, and it really makes the fact that this show will soon be over hit home — I have no doubt that all of the cast will go on to do amazing things in the future once the series finale airs, but still — this one hurts.

You can check out the video below. Parks and Recreation's final season will begin airing on Jan. 13, 2015.

More like this
Netflix Reveals First Look At Wednesday In The 'Addams Family' Spinoff Series
By Bustle Editors
24 Years Ago, 'Friends' Dropped Its Most Underrated Ross & Rachel Episode
By Grace Wehniainen
What Does Nancy Jo Sales Think Of 'The Real Bling Ring'?
By The Editors
Twitter Is Unravelling Over Wolverine’s Return For 'Deadpool 3'
By Darshita Goyal
Get Even More From Bustle — Sign Up For The Newsletter