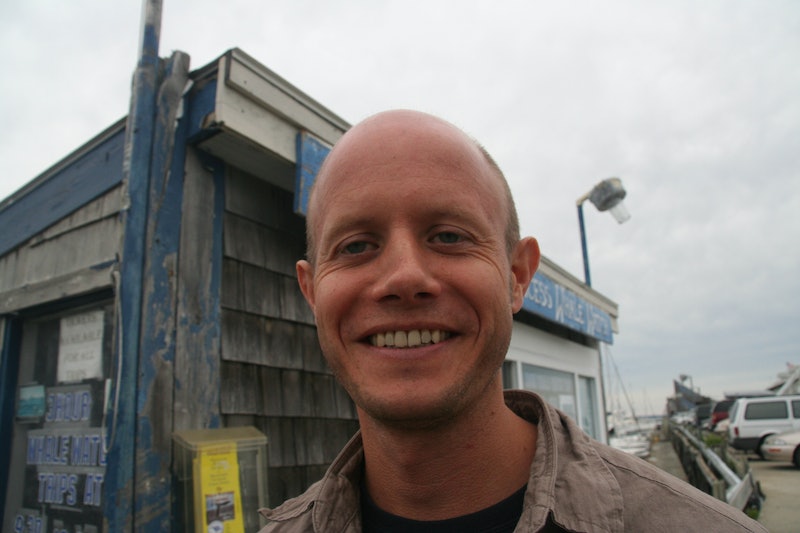 You should know upfront: A Beautiful Truth (Soho Press) is a book about chimpanzees, narrated by humans and a handful of chimps. That sentence probably makes a lot of prospective readers want to stop reading this review (and reconsider starting Colin McAdam’s novel).

Why do we feel a little squeamish at the idea of a Serious Novel written from the point of view of an animal? A lot of it probably has to do where most animal narrators are found: children’s books. Animal narrators it seems, are for kids who are a little more open to the whimsy of a talking cat, and for whose simple minds a simple narrator seems appropriate.

A Beautiful Truth busts open these notions. Looee, the protagonist of most of the first half of the novel, is a chimp adopted by a wealthy, childless couple. Although this setup sounds like a cross between a Maury episode and a movie starring the Rock, Looee is anything but comic relief. As a child (because that’s how he’s treated) he certainly has moments of tenderness, during which he hugs himself in fear, or gets a cold and sleeps in his Walt and Judy’s bed. However, as he reaches adolescence, he swings between hyper-sexualization and hyper-aggression. It’s like puberty, but with a teenager that can kill his parents.

A series of escalating, violent run-ins slowly erodes at Looee’s cuddly façade for both readers and his family. Looee:

bit the tip of Walt’s finger off once when Walt reached for a piece of chocolate that Looee thought was his own. He punched Larry in the eye once for no good reason. […] He lunged at a black woman in Kmart when he was little, having never seen a black person before.

Finally Looee, threatened and irritated, attacks his mother and a Larry, male visitor, leaving Larry with “his right arm resting impossibly across the back of his head. One of his buttocks was missing and was lying nearby under a scalp of bloodied trouser,” and Judy “missing a hand and her face was split open from temple to jaw.” This is one animal narrator that is definitely more White Fang than Redwall.

But Looee's penchant for violence isn't evidence of a brutish disposition — rather, a non-domesticated animal confronted with a confusing situation. Chimps are not meant to be housepets (or surrogate children). The fact that it had taken Looee a decade and a half to seriously injure someone is impressive to a scientist at the Girdish Institute who calls the house soon before the attack. He expresses surprise and disbelief that there hasn't been any more dire confrontations.

And although Looee may not seem sophisticated when viewed in the context of his human family, at the Girdish Institute, McAdam does a surprisingly thorough job of dispelling the idea that Looee and the other primates in the novel are just lumbering, dumb animals. After his ferocious attack, Looee ends up living at the research facility. Although proven to be capable of violence at that point, the chimps also have intricate and absorbing power struggles in this environment that resemble nothing so much as the game of thrones played out in sprawling high fantasy novels.

Among the most memorable of the chimps in the institute is Mr. Ghoul, who is the one remaining subject from a language study that allows him to communicate with humans by using symbols on a piece of cardboard. He introduces himself to Looee shortly after his relocation, and is Looee's tentative bridge into a world of wild chimps that initially rejects him. Although Looee never understands Mr. Ghoul's signing, readers know he insists on calling Looee "friend".

Of course, there are pitfalls in having animal narrators, and McAdam trips into a few of them. In an effort to distinguish the human narration from the chimps, he occasionally resorts to quasi-mystic descriptors like: “[her] rosé behind her as large as a goon, splendid as a picnic of plums, and soft as a person’s neck […] He felt the breathless give and take of being protector and abuser together.” It can be overwhelming, but happens rarely enough along the course of the novel, and certainly not enough to distract from the heart-wrenching dynamics of primates and the ones they love.