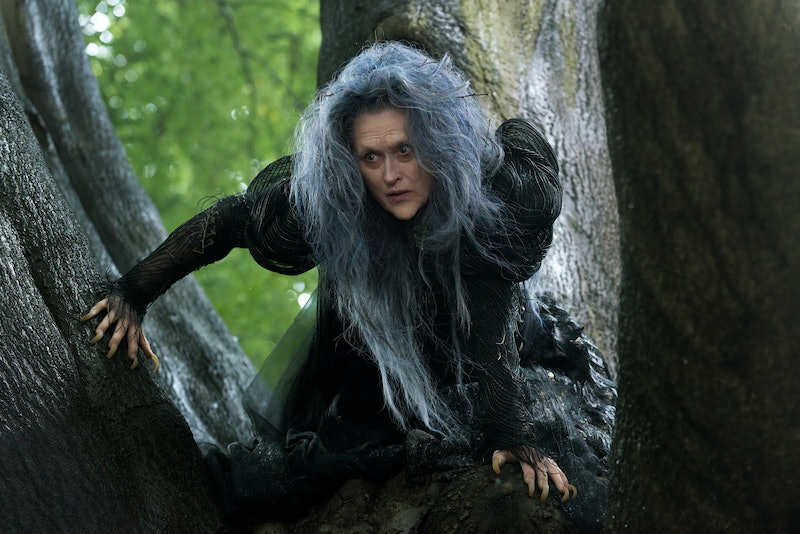 December 25 is always one of the biggest movie-going days for American audiences. While a "traditional" Christmas might take place in the home, seated around an intimate fire for ample sharing of affection and good tidings (whatever good tidings are, anyway), the modern world offers the more palatable alternative of the big screen. This doesn't mean you have to leave your relatives behind on Christmas Day — there are movies for everyone hitting theaters this year. Of course, it pays to know which ones are most suitable for whom.

2014 will see five new feature films released on Christmas, the full slate encompassing just about any area of appeal you might be hoping to meet. No matter whether you're saddled with a discerning parent, wide-eyed younger sibling, goofball cousin, intellectual aunt, or a grandparent who wonders why Howard Hawks hasn't made anything lately, you've got plenty to choose from this year.

But don't mix up which titles will prove most entertaining to which family member! Peruse our theater-going guide for Christmas Day '14 to ensure that you and Dad, Little Sis, Cousin Myra, Uncle Nero, or Grandma Chesterfield have the most agreeable holiday afternoon that the cinema can offer.

What it's about: The true story of American artist Margaret Keane, whose commercially successful "Big Eyes" paintings were effectively hijacked by her maniacal husband Walter.

Who's involved: Tim Burton directed, although it's not quite his usual macabre ditty. Amy Adams stars as the soft-spoken Margaret and Christoph Waltz plays her Daffy Duck-of-a-husband Walter.

Who to see it with: A never-too-heavy story about the quest for empowerment and agency, about the trifles of a bad marriage, and (most heartwarmingly) about a mother's devotion to her daughter. Take Mom or Dad to this sunny, occasionally misty feature.

What it's about: A caustic but charming take on the fairy tale staples, amped up with a modern spin and the musical prowess of a legion of beloved Hollywood songsmiths.

Who's involved: The original play comes from Stephen Sondheim, and the cast includes timeless icons like Meryl Streep, fresh favorites like Anna Kendrick, Emily Blunt, and Chris Pine, not to mention the right-at-the-foot-of-stardom James Corden. Oh, and Johnny Depp. (Yeah, there's a Tim Burton movie and a Johnny Depp movie coming out this Christmas, and they're not the same movie!)

Who to see it with: If your little sibling hasn't begged and pleaded with you to drive him or her to the theater to catch this on opening day, then consider your family an anomaly. But a tone that is both family-friendly and ripe with a modern edge will make this an enjoyable treat for you and the younger bro or sis. Fair warning: there will be songs hummed on the ride home.

What it's about: The in-universe story: An idiot television personality and his slightly more competent producer are tasked with the secret mission of assassinating North Korean Supreme Leader Kim Jong-un. The out-universe story: This is the movie that (ostensibly) prompted the slew of hacks to befall Sony Pictures this month; although North Korea maintains no association with the hackers in question, the secret group has threatened vengeance for the production and release of this screwball comedy.

Who's involved: If you're not rattled by the admittedly horrifying implications of the above, then you might just be quite the big fan of stars Seth Rogen (who also co-directed with Evan Goldberg), James Franco, and Lizzie Caplan.

Who to see it with: Under ordinary circumstances, we'd suggest pairing up with your laid-back college-aged cousin to check out this movie. Despite the gravity of the premise (and the attention it has gained), the Rogen/Franco shtick remains in prime silly form.

What it's about: A man sets out to uphold liberty against his corrupt mayor; kind of like if Mr. Smith Goes to Washington were set in a crumbling Russian village.

Who to see it with: Your well-traveled, masters degree-sporting aunt or uncle (you know, the one your parents resent for always bragging about trips to Europe or high society dinners) might be inclined to join you in seeing this dense, sociopolitically rich drama film.

What it's about: The true story of Olympic runner Louis Zamperini, who becomes a Prisoner of War in Japan during World War II.

Who's involved: Star Jack O'Connell is a newbie (though a talented one, if you haven't seen Starred Up), but the film's director should ring familiar to any relative: Angelina Jolie.

Who to see it with: War? Olympics? American pride? A star that feels like a young Lee Majors? This one's for the grandparents, no doubt.

There you have it! The perfect way to spend your Christmas Day with every member of the family... just remember to space out the films; you don't want to go into the heavy Unbroken still laughing from The Interview.