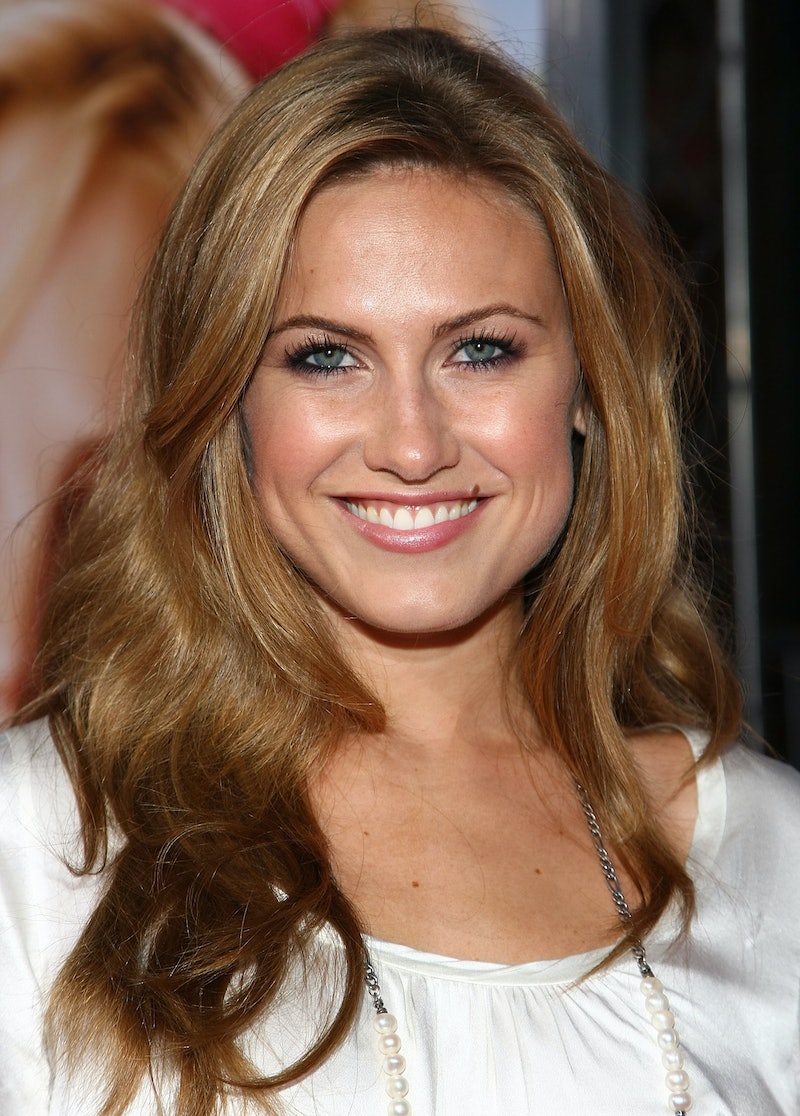 Hold onto your bandana dress-clad butt, because there's a new SURver in town! On Monday night's episode of Vanderpump Rules , Lisa Vanderpump welcomed Vail Bloom to the SUR family. (And what a precious, incestuous, dysfunctional family it is!) She is a gorgeous, Princeton-educated, Emmy-nominated actress who was on The Young and the Restless for three years. It was no surprise to anyone when Lisa added the beautiful and charming Vail to her beautiful and occasionally charming restaurant staff. And it was no surprise to anyone that the beautiful and charming Vail nabbed some time in the talking head seat right out the gate. Looks like we have a new recurring cast member!

Two facts about me:

Nothing against Vail, but the sudden introduction of a brand new Vanderpumper gives me pause. If it was any other show, I'd be 110% on board. Vail seems like great reality TV. And hey, I'm a big fan of casting soap stars on reality shows. They’re soap opera actresses portraying themselves on shows that are essentially real-life soap operas! Bravo, Bravo. Bravo.

But Vanderpump Rules is like a pot of perfect chicken noodle soup that's been simmering at a specific temperature for three seasons. The recipe is precise. Every ingredient in that pot is as necessary as the next. The ingredients play off of one another in an undeniable, almost waltz-like way. A poetic cohesion. The ingredients have been soupmates for years, long before the reality program came into existence. To remove a single item from the recipe would be a grave mistake. And to throw in an item that isn’t in the recipe—like an entire can of lima beans, for example—would be weird and risky. Sure, lima beans are delicious and work well in some soups, but I'm not so sure how they'll work in this already perfect soup.

I am very protective of this pot of perfect chicken noodle soup.

No, Vail is not the first person to be added to the cast. Laura-Leigh, James Kennedy, and Ariana Madix all popped up in supporting roles. But here's the thing: Laura-Leigh, James Kennedy, and Ariana Madix were friends with and/or worked with the Vanderpumpers before they joined the show. Their becoming a part of the cast didn't happen out of the blue. Circling back to the chicken noodle soup metaphor, they’re the equivalent of salt and pepper. They were already on the table. They don't feel forced. They only enhance what's already there.

Yes, Vail is friends with SURver Dani, but SURver Dani is not a Vanderpumper. If I'm being honest, I'm not sure I know who SURver Dani is. You could tell me last night was Dani's first appearance on the show, and I'd believe you. Vail's pretty much a stranger to the Vanderpump cast, which could be an awkward wrench in the cast's preexisting dynamic. A Shahs of Sunset/Lilly Ghalichi situation. A can of lima beans dumped into a pot of chicken noodle soup.

WAIT. What am I saying?!?! Vanderpump has yet to do wrong by me, so I have zero reason to doubt the show. The show knows what it's doing. I should trust the show. Adding Vail to the roster could be a solid mid-season move. I'm excited to watch her mix it up with the other Pumpers. As much as change stresses me out, I know change can be good. (However, I will not reconsider my stance on putting lima beans in chicken noodle soup. That's just nasty.)