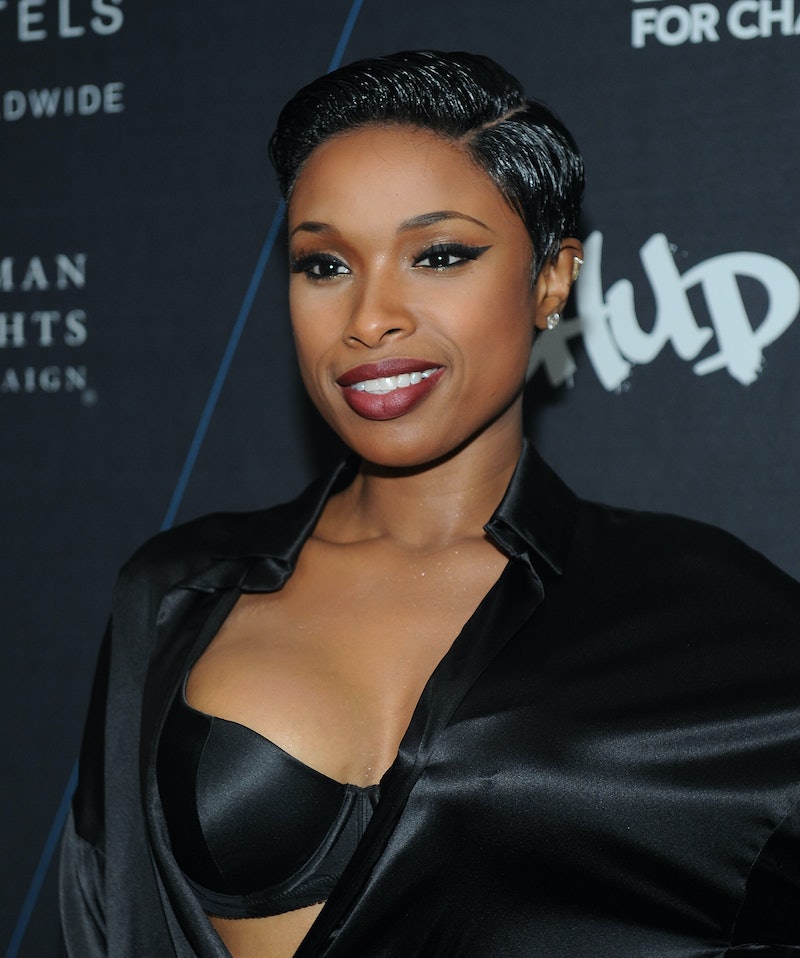 Grammy Award and Oscar-winner Jennifer Hudson's performance on The Voice finale was further confirmation that her elimination from her own vocal competition was a total fluke. Even if Damien wins the title and goes on to be a massive superstar, performing with this super star will always be on of the major highlights of his career. The two of them have equally etherial voices and they complemented each other perfectly.

Jennifer Hudson and Damien sang her brand new single "It's Your World" and it was as stunning of a vocal as she's ever sang. The live performance with Team Adam's equally soulful finalist Damien did everything to demonstrate exactly why the powerhouse single is nominated for a Grammy in 2015. The 33-year-old face of Weight Watchers performed her single "Go All Night" at the Dancing With the Stars and her vocals were out of this world — but this live performance with Damien was something totally different. The way they played off of each other on stage with epic ad-libs, runs and harmonies was so impeccably done that it couldn't be described as anything other than a Grammy-worthy performance.

Like fellow award-winning performer Ed Sheeran, the former American Idol contestant has also appeared on the Voice stage during earlier seasons as a superstar mentor. A powerhouse vocalist herself, it only made sense that she would be the one to sing alongside Damien during the Emmy Award-winning musical competition series' most epic finale so far.

The two of them traditionally give completely heart-wrenching, emotional performances, and this one was a bit out of that realm. If any of the performances from the finale deserve to be purchased on iTunes following the finale, it's this one.

Videos will be added shortly after NBC allows us the pleasure of watching and re-watching these flawless performances.

More like this
20 Years Later, Kelly Clarkson & 'American Idol' Judges Reunite For Her Hollywood Walk Of Fame Star
By Radhika Menon
Jason Derulo Is Launching A New Singing Show In The UK
By Maxine Harrison
Everything To Remember About Lace Morris Before 'Bachelor In Paradise' Season 8
By Grace Wehniainen
Bachelorette Gabby Kissed Her New Fiancé On 'Dancing With The Stars'
By Jake Viswanath
Get Even More From Bustle — Sign Up For The Newsletter