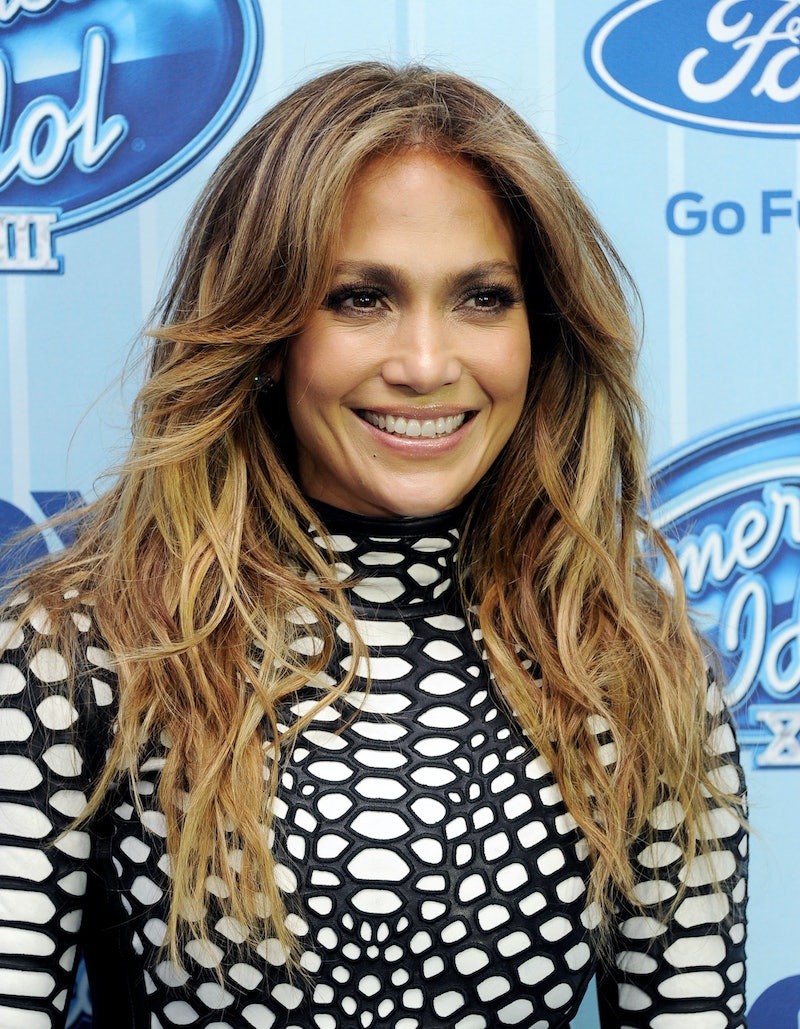 Remember when Jennifer Lopez sang about how her "love don’t cost a thing?" I still remember watching that video on TRL and getting the chorus stuck in my head. Anyway, there’s a reason behind this reminiscing: J. Lo appears on the cover of Self’s January issue and talks a lot about love. In fact, she deems herself a “love addict,” despite rocky relationships in the past. But want to know the best part of the interview? Jennifer Lopez talks about dating clichés and addresses a huge double standard between the genders. Listen up, because she makes a great point! Lopez says,

All the old clichés about women need to be undone. Enough already. We're in the other position now. We are desirable older, we can date younger guys and it's not this big taboo. Men have been doing this for years, and it's no big deal.

While there are tons of clichés about women that need to be talked about, let’s focus on the idea of age gaps, since that’s J. Lo’s main point. The 45-year-old singer previously dated Casper Smart, who was 20 years younger. Plenty of people had plenty to say about that. Why is that, though? Why do women get called “cougars,” but men date younger women all. the. time? From Hugh Hefner to Olivier Sarkozy (aka Mary-Kate Olsen’s husband), people don’t really dwell on the fact that older men date younger women. But when women date younger men, it’s like the world explodes.

Props to Lopez for highlighting how the double standard is absurd! It should be no big deal for anyone to date someone younger, no matter their gender. Plus, Jennifer Lopez could still pass for a twentysomething, considering she seems to never age. She should be able to date whoever the heck she wants.

Speaking of romance, Lopez says her past dating experience helped her prepare for her latest movie role. She’s starring in a movie called The Boy Next Door , which People describes as "an upcoming psychological thriller that features her as a separated woman who falls in love with the high school-aged boy next door." Explaining how she got into character, she told Self,

I've been through divorce. I've been cheated on, just like every other girl in the world. So you sympathize, you understand the emotions. And I've dated a younger guy once in my life. I could definitely understand that part, too — the attraction.

Before people jump on her for that quote, she's not saying she's going to go after high-schoolers. Instead, she just means she can relate to being attracted to someone younger. Overall J. Lo raises a great point. If men can date whoever they want age-wise, women should be able do the same without people batting an eye…as long as they’re of legal age, of course.

More like this
Rhys Ifans Has A Good Reason For Keeping His Love Life On The DL
By Maxine Harrison
Gigi Hadid’s Dad Shared What He Knows About Those Leonardo DiCaprio Rumors
By Brad Witter
Who Is Nick Cannon Dating & How Many Kids Does He Have?
By Jordyn Tilchen and Radhika Menon
Cynthia Addai-Robinson’s Husband Is The Hype Partner We All Need
By Darshita Goyal
Get Even More From Bustle — Sign Up For The Newsletter