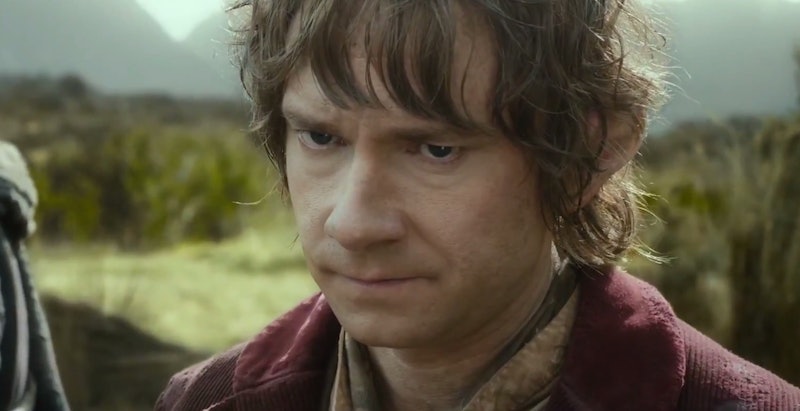 Movie trailers can be good fun to watch (and sometimes better than the actual movie — but I'm not about naming names here!) but you know what always gets me about them? They're never truly honest about a film. Whether they're padding the film's critical acclaim with a few positive quotes from critics, masking the tone of the film with a certain trailer song, or whatever, there's usually some major differences between trailers and their actual movies. I mean, it makes sense: Trailers are designed to make you want to see a film, and a completely honest trailer — though more truthful — might not always achieve that. Still, it's nice to see them from time to time, which is why I love this so much: The guys over at Screen Junkies have released the newest installment in the Honest Trailers series, this time dedicated to The Hobbit: Desolation of Smaug .

If you haven't yet seen 2013's The Hobbit: Desolation of Smaug, I will say right now: You should definitely still find a DVD of it and see it, because it's pretty good, not to mention both Martin Freeman and Benedict Cumberbatch are involved. However, if you have already seen the film, you will probably find this clip particularly amazing — especially the reference to how long this Hobbit series has been, because really long is an understatement.

I won't ruin any of the jokes for you because that would be evil and I'm also not about that, so check the clip below.