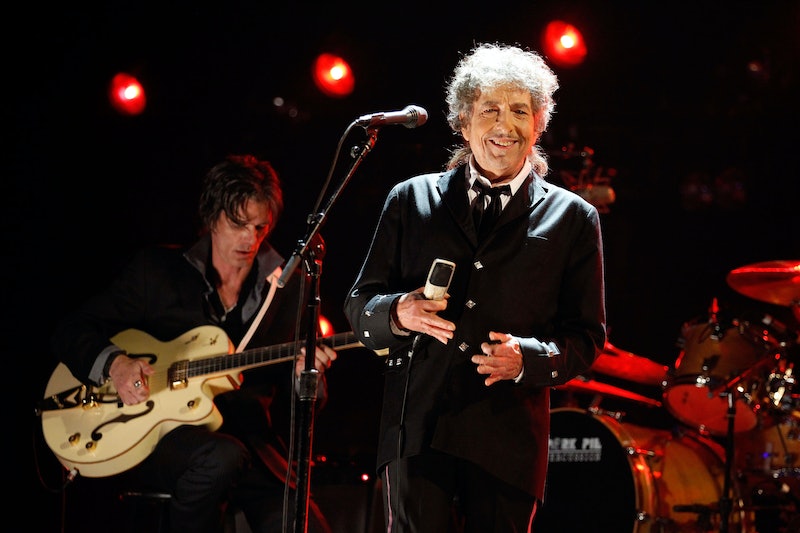 Not much time has passed since the Rock and Roll Hall of Fame museum released their official picks for 2015 musician inductees — as in, they did this morning — but, already, it seems we have a new list of legendary musicians being honored for their excellence in the music industry. According to EW, the Grammy Hall of Fame has released their list of 2015 inductees, which honors outstanding music recordings in music history.

So, who made the list this year? Since the Grammy Hall of Fame specifically honors recordings — aka, albums and songs — 25 years after their release, rather than artists like the Rock and Roll Hall of Fame Museum, it's actually a much lengthier list, including a total of 27 songs and albums, including classics from Bob Dylan and ABBA.

While every honoree is definitely legendary in its own way, and it's great to see these classics get even more recognition for their excellence, even decades after their release. Plus, "Dancing Queen" by ABBA? Just try to tell me you don't still know every single word to that song, because when you were younger, all you wanted was to be a "dancing queen" when you were 17 — whatever that means.

More like this
The Spice Girls Just Dropped A Brand New Music Video
By Sam Ramsden
The Best 'Grey's Anatomy' Intern Moments, From MAGIC to Glasses
By Grace Wehniainen
A New Scooby-Doo Movie Confirmed Velma Is Gay & Twitter Is Pumped
By Radhika Menon
Lindsay Lohan & Jonathan Bennett Celebrated Mean Girls Day Very Differently
By Jake Viswanath
Get Even More From Bustle — Sign Up For The Newsletter