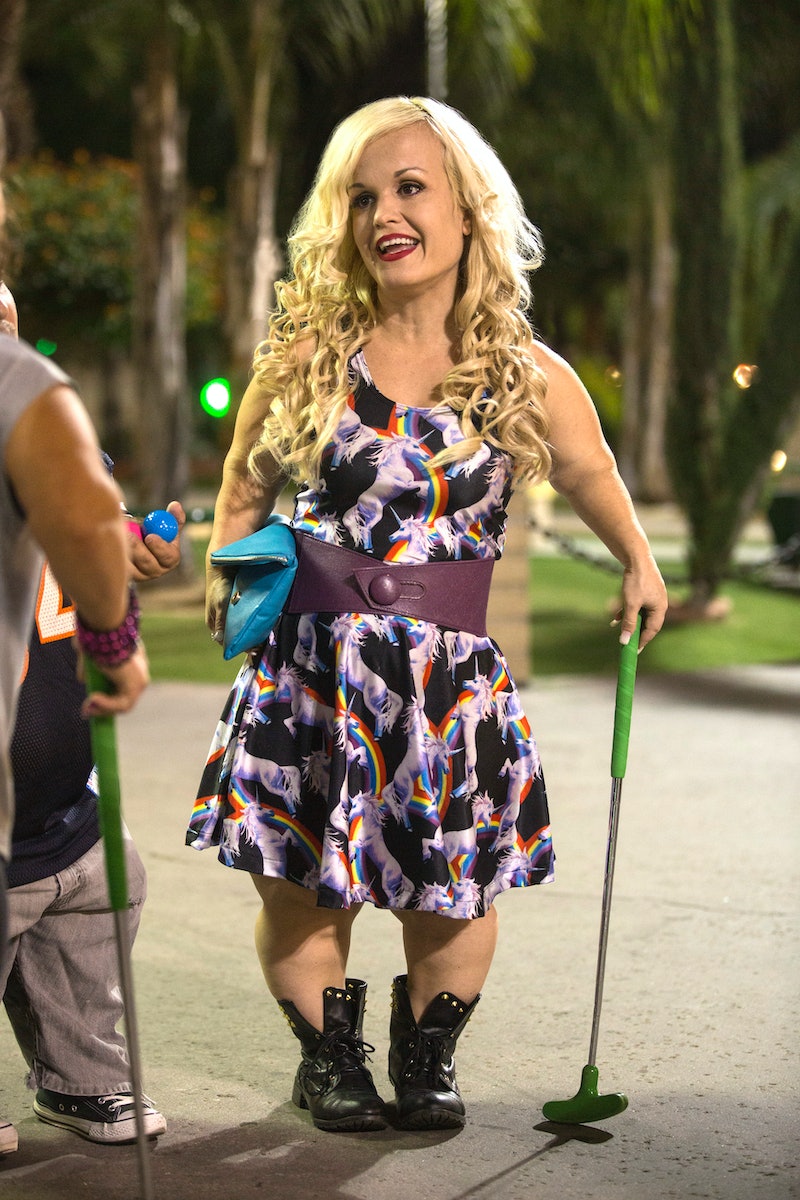 Lifetime is already preparing for Season 2 of Little Women: LA, which will premiere on Jan. 1 of 2015. And it shouldn't come as any surprise that it was rushed into production so quickly, because the adventures of the ladies as they went through a lot of friendship troubles, pregnancy scares, and a TON of weddings were super entertaining. And even though not much time has passed since Season 1, star Terra Jole has been working constantly since the season finale.

There isn't officially a star of Little Women: LA, but if there was, it would be Terra. She may very well be the busiest woman in show business, and that's all due to her hard work. She's made herself a lot of opportunities, from performing as the "little" Britney Spears in Vegas to dressing in a teddy bear costume to play a Ted parody in The Starving Games. There's a lot to look forward to in Little Women: LA Season 2, especially since Terra hasn't stopped for a second since Season 1 came to an end this summer.

Terra is still a proud producer of the show, and is repping the second season on Twitter. She advocates for more representation of little people in media and is often the most outspoken when the girls encounter ignorant people who believe they can't achieve everything an average sized woman can.

She Has Long Hair Now

Look, it might seem like a small thing, but I promise you, her change in appearance will be a big part of the new season. One of my favorite things about Terra last season was her style. She was able to totally pull off the undercut (people who can't pull off that haircut: everyone else except maybe Rihanna), and now she's replaced it with a long blonde look. Maybe she's transitioning from her edge to more of a bombshell look.

At the end of last season, Jole was worried whether her relationship with boyfriend Joe Gnoffo was going to last because she needed more support from him. But they've been able to work it out, because they're still together and they look happier than ever. Aww!

Her Single Will Be Dropping

Jole's single, "Booty Bee," dropped last summer, and was an entertaining so-bad-it's-amazing club anthem. This season, we'll be seeing what that process was like, and after watching her struggle to wrangle all five ladies into her music video? It's definitely not going to be easy.