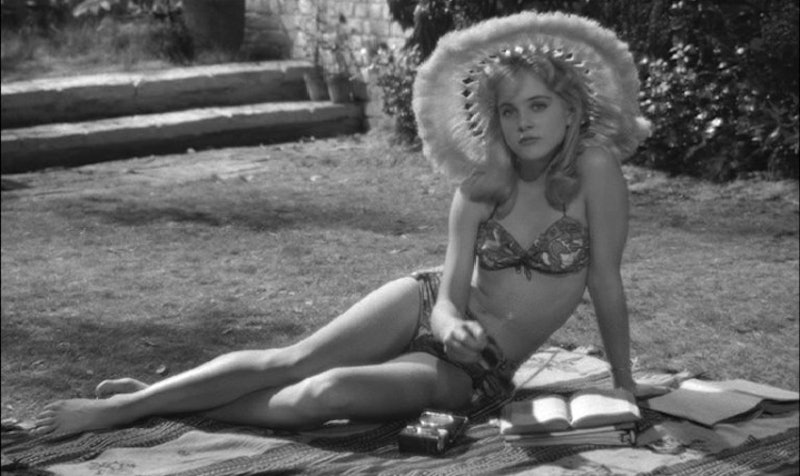 And you thought sex education in America was bad .... Russia's children's ombudsman, Pavel Astakhov, thinks children and teens can learn all they need to know about sex from reading classic Russian novels. In an interview with the Russian TV station Rossiya-24, Astakhov said he was against school sex ed of any kind and “the best sex education there is, in fact, is Russian literature."

“Children should read more," Ashtakhov added. "Everything is there, all about love and about relationships between sexes. School must raise children in chastity and with understanding of family values."

It makes you wonder: Has Astakhov ever read any classic Russian literature? Chastity and family values aren't exactly the primary takeaways from, say, Lolita. So let's take a look at just what exactly Russia's youth could learn from its literary canon.

I think we all know the story of Lolita. But let's rehash: Humbert Humbert marries a woman solely so he can hook up with her 12-year-old daughter Lolita. When his wife gets hit by a car, he uses this opportunity to try and rape the daughter after picking her up from summer camp. His first attempt fails, but it's cool because now he's Lolita's only guardian and he can rape her anytime he wants! Later, he kills the man who takes her away from him. The moral: Family values, definitely.

Notes from the Underground

In this novel, a man meets a prostitute at a brothel, sleeps with her and then convinces her that her life will be miserable if she doesn't find a new calling. He leaves her with his address. The woman subsequently takes his words to heart, and shows up at his house. When she does, he yells at her, shames her and turns her away (he feels really bad about it, though). The moral: Don't be a prostitute?

Diary of a Madmen

When Poprishchin's love for a beautiful woman goes unrequited, he loses his mind. He begins to think dogs are writing love letters and that he is the heir to the Spanish throne. Eventually, they take him to a loony bin. The moral: Love will drive you crazy. Also chastity, kind of, I guess.

In Anna Karenina, our married heroine has an affair with a rich man, ultimately leaving her husband and running off to Italy with him. Life turns out pretty shitty for both of them, though. Moral: don't be unfaithful or your friends will shun you, you'll get addicted to morphine and eventually have to throw yourself under a moving train.

A French widow begins having an affair with a married lawyer. Things are going well until he starts sleeping with her daughter Lara, too. When mom finds out, she tries to kill herself but is unsuccessful. Later, Lara tries to murder the lawyer but also fails, shooting someone else by mistake. He uses his connections to make sure she doesn't get in trouble, though. Moral: If you're going to sleep with your mom's lover, be sure he's well-connected politically. This also allows him to sneak Lara out of the country later, leaving her husband behind. However, she eventually returns, gets thrown in the Gulag and dies. Second moral? Once you leave Russia, don't come back.

Photo: Sue Lyon in the 1962 film version of Lolita