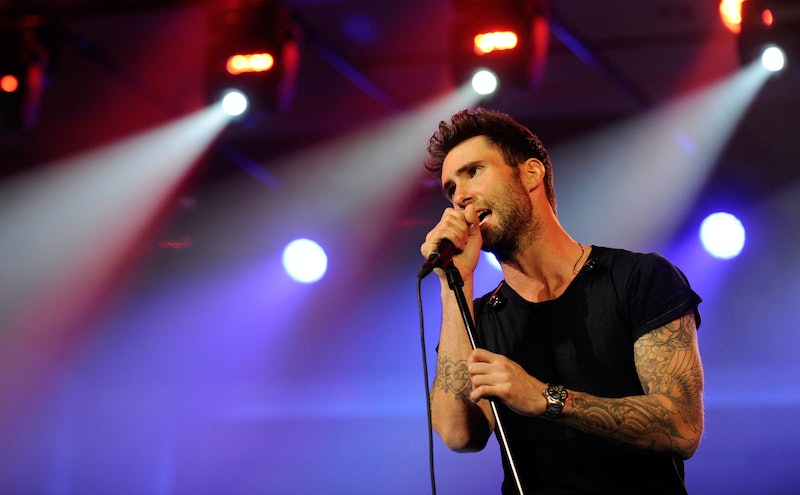 Just like everyone else, I love to pick apart and analyze entertainment award nominees. Who got nods, who got snubbed, and why — it's endlessly fascinating for an awards season nerd like me. People are still gabbing about the recent announcement of the Golden Globe nominees — especially since they're known to be a predictor for the holy grail of awards: The Oscars. But hey, isn't it just an honor to be nominated for any accolade? Celebs have a new opportunity for a trophy with award show newcomer the People Magazine Awards, premiering Thursday night on NBC. Unlike the Oscars and Golden Globes, though, the People Magazine Awards has no released list of nominees.

Only a few details about the awards given out that night have emerged, which include the Hero of the Year Award, Breakout Star, Female Comedy Star, and the Best People Cover of the Year. So, what else should we expect from a show that NBC describes as "star-studded event special and snapshot of the year in pop culture live"? The network has confirmed that we can expect to see the following big names on and off stage: Jennifer Aniston, Jeff Bridges, Billy Eichner, Josh Gad, Josh Groban, Diane Guerrero, Ryan Guzman, Jon Hamm, Kevin Hart, Kate Hudson, Mindy Kaling, Michael Keaton, Jennifer Lopez, Chris Messina, Chloë Grace Moretz and more. Yes, that list can apparently contain "more."

For now, here the sparse details that have been revealed about the awards:

Hero of the Year

This brand new award show is set to honor Noa Sandigo with this inaugural award. Sandigo is a 49-year-old Miami woman who is the mom and legal guardian to 817 American children of undocumented immigrants. You read that right; it's not a typo. Eight hundred kids.

How? Well, Sandigo steps in if a child's parents get deported and provides support — with no money or assistance from the government, only other volunteers. Unfortunately, this is a fairly common occurrence. "We have to lift their spirits and tell them, 'Everything will be OK, one day you'll be reunited, one day you'll have justice and everything will be resolved," she told NPR earlier this year. "Meanwhile, study hard in school to make your parents proud.'"

This award is yet-to-be determined, because it'll be chosen via your votes. You can vote on Twitter by tweeting your selection for the honor the hashtag #PEOPLEMagazineAwards. Want your voice to count? Go ahead and vote right now. Voting has already begun and will continued up until the show itself.

The awards show will feature performances by 5 Seconds of Summer, NBC's The Voice judges Gwen Stefani and Pharrell Williams (who will sing new single "Spark the Fire"), and Maroon 5, featuring fellow The Voice judge Adam Levine.