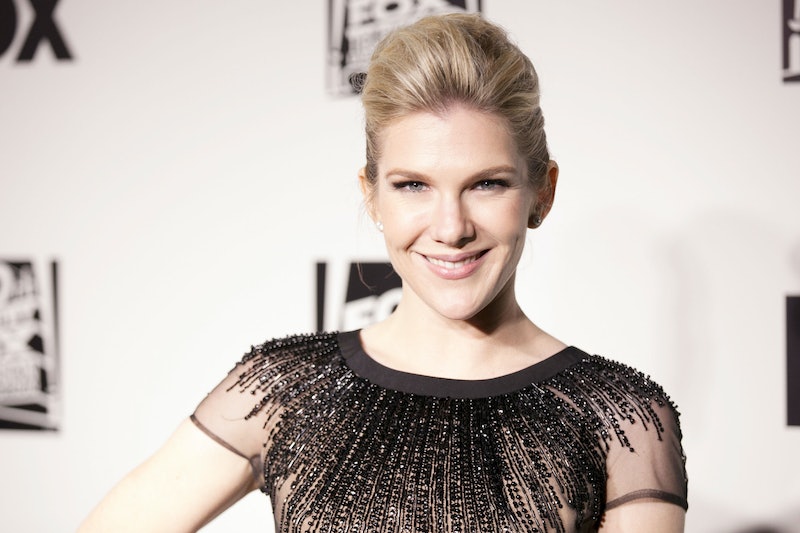 When it was announced that Sister Mary Eunice, Lily Rabe, would be joining American Horror Story: Freak Show, it was basically the best news any AHS fan could have ever received. The thoughts and rumors of the seasons all being connected seemed to be confirm by just the confirmation of Sister Mary Eunice’s presence. But how long would Rabe be on Freak Show ? Was her reprised role set for the rest of the season, or would we only get an episode of her before we were left wondering what the heck was happening during the final few episodes?

Well, don’t get too excited about Rabe coming back to the show, since it seems she will only be back for the Dec. 17 episode “Orphan.” According to an interview that Ryan Murphy — creator of AHS — gave to Entertainment Weekly, Rabe only filmed for a few days on set, since she is currently a lead in ABC’s The Whispers.

I understood she wanted to go off and do her own show, but I was thrilled she was able to come back, give us a couple days, and show how Sister Mary Eunice and Pepper are connected. She's so great in that role.

Judging from that quote, we can expect some interaction from Season 2 and 4's Pepper and Sister Mary Eunice, possibly — just maybe — suggesting how the two land up at Briarcliff only a few years later for Asylum.

Even though Rabe is only on one episode of Freak Show, that's really all viewers may need to get answers to the connection theories many have concocted between Season 2 and Season 4. And since her storyline is entering toward the end of the season, we wouldn't want to lose focus on the plots we have experienced with other characters such as Jimmy, Elsa, Maggie, and others (shout out to Ma Petit — miss you).

Rabe's time on the show, only a "couple of days," as Murphy said, will surely allow for there to be some type of development, though. And that's all we really need, isn't it? Some progress in figuring out this tangled web of American Horror Story. Now if only we can be told why and how Jessica Lange's characters are all connected, then I'd be whole again. But that might be too much to ask at this point, or is it Ryan Murphy?

More like this
Paul Mescal, Man Of Mystery
By Samantha Leach and Heather Hazzan
Mike Flanagan Teases 'The Midnight Club' In This Exclusive, Creepy Clip
By Grace Wehniainen
'The Rings Of Power' Episode 6 May Reveal Sauron’s Identity
By Grace Wehniainen
What’s New On Netflix: Ana De Armas’ 'Blonde' & A Nick Kroll Special
By Arya Roshanian
Get Even More From Bustle — Sign Up For The Newsletter