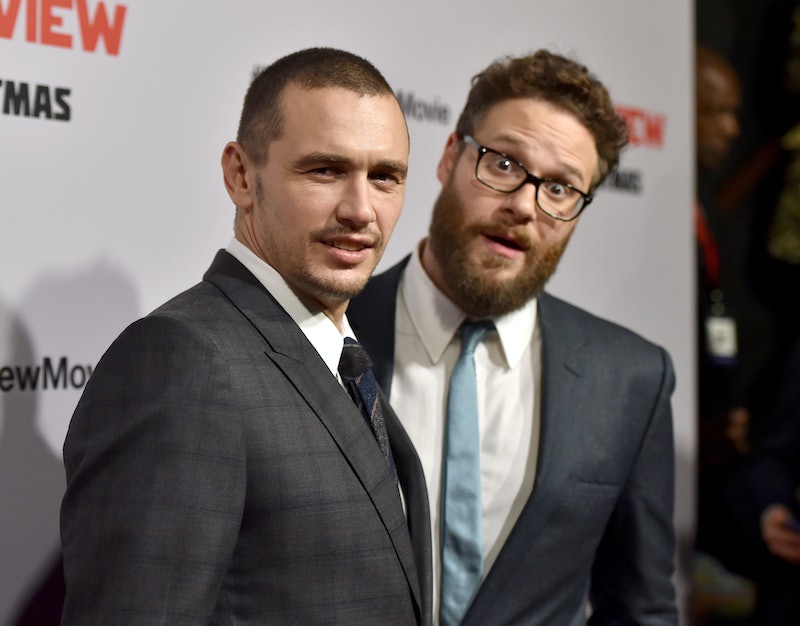 I have been a resident of New York City ever since my parents and I came to America when I was 5 years old, so I am both unsurprised and, to be honest, relieved to hear this news. On Tuesday, the Sony hackers threatened a September 11-esque attack on any theaters that showed The Interview — a threat that was a terrifying escalation from their previous remarks and leaks. Despite the fact that the Department of Homeland Security have stated they can't find evidence that there is any credibility to the threat, TMZ reports that the New York City premiere of The Interview has been cancelled. The event, which was scheduled for Thursday, has so far shown no signs that it will be rescheduled.

While the Hollywood premiere of The Interview went off without a relative hitch, it really comes as no surprise that New York City wouldn't risk the hackers' threat coming to pass in the wake of this new message. I don't think I even need to explain why. Whether the NYC premiere of the film will be the only one cancelled or whether it will become the first of many premieres that shut down — especially considering stars James Franco and Seth Rogen cancelled their press appearances for the movie — still remains to be seen.

However, while the Department of Homeland Security have ruled that this is unlikely to be a credible threat, just the thought alone is unspeakably terrifying, especially in the consciousness of New York natives or visitors. Canceling the premiere was the right move, at least for right now, and what actions Sony and the government take from here on out will hopefully remain as considerate of the safety of the movie audiences, the American people, and their own employees as everything else they've done to this point. This entire situation has become more alarming than any of us anticipated.

Meanwhile, The Interview is still slated for a December 25th release. There's still no word on whether or not Sony plans to pull the film from theaters entirely.