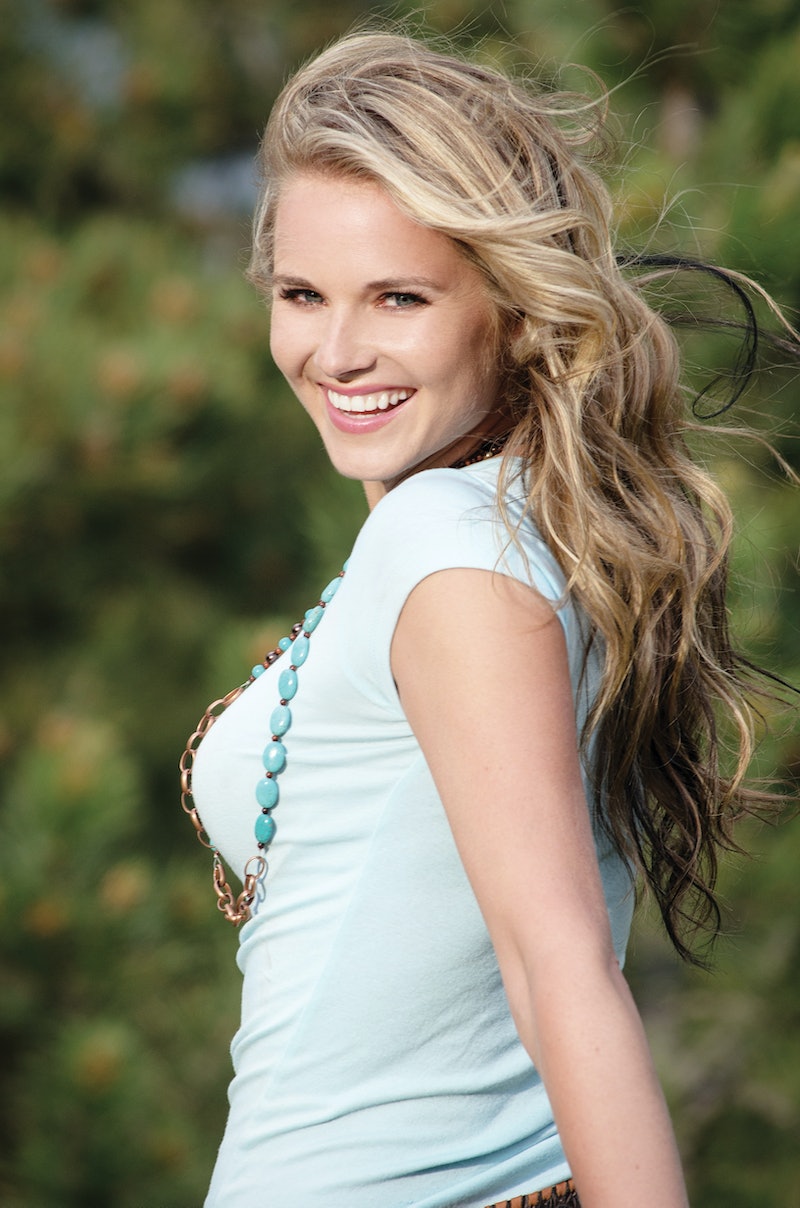 I haven't been this into a country song since Carrie Underwood and Miranda Lambert teamed up for "Somethin' Bad." To be honest, country hasn't really been my genre — especially since Taylor Swift transitioned into straight up pop with 1989 — but I always had an admiration for a country song's ability to tell a soulful story. The soulful story that Kristy Lee Cook tells in her single "Lookin' For A Cowgirl" is that of a strong woman who can more than keep up with her male counterparts in the traditionally male-dominated country field. And you don't need to be a fan of country music to relate to that.

"I feel it's really important to get our female power back because being a strong, independent woman is a great thing. I've always been a cowgirl/country girl, and I wouldn't want to be any other kind of woman," says Cook, of the song. "'Lookin' For A Cowgirl' is an opportunity to open a door for my kind of women and to remind people that even though we aren't men, we sure as heck can keep up!"

The song has been out since November 24 and now Cook is debuting the lyric video for a song that really does speak to female empowerment. Rather than passively inviting men to chase her, Cook steps forward in the song to say, "Hey, everything you're looking for is right here and we can have a good time — but if you're not into it, I'm awesome on my own." There is no air of mystery, no silent allure with this track; Cook dares the romantic chase to begin and the boys to follow in her wake as she lives life on her own terms.

Influenced by such artists as Whitney Houston and Garth Brooks, Cook's lyrical and vocal prowess really shine through on the song. Check out the lyric video for "Lookin' For a Cowgirl" below, and you can currently listen to BBR Music Group's "Dirt Road Sampler" of Cook and other artists on her label for free on Google Play until December 30.