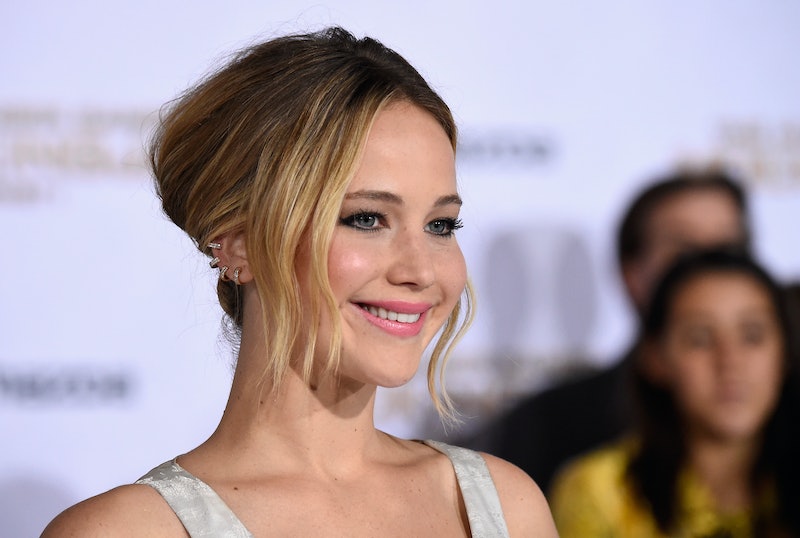 Just yesterday, I was trying to figure out if Jennifer Lawrence was still dating Chris Martin. Now I'm trying to figure out if she's dating a Chris Martin look-alike. Apparently Jennifer Lawrence has been hanging out with some dude named Gabe Polsky. Wait. Who? That name does not sound at all familiar. Who is Gabe Polsky? And what does that mean he's been "hanging out" with J. Law? Vague phrasing does not answer any of my important questions.

I have no idea if Lawrence is just friends with this Gabe Polsky guy, but I wouldn't share my pizza with just anyone. He has to be someone pretty special. So who is he?! I need to know. Has Lawrence moved on with a new man? Some stalker-like source or some clearly terrible friend told the New York Daily news, "They definitely weren't in there reading scripts. They were having a good time."

This snitch has really piqued my interest. What do we know about this guy?

Polsky has a pretty short IMDb page with just six different credits, since he has only been active in the industry since 2007. He is the director/producer behind movies like Bad Lieutenant: Port of Call New Orleans, The Motel Life, and Little Birds.

His Documentary is Getting a Lot of Buzz

Polsky's latest documentary Red Army is about the rise and fall of the Soviet Union during the Cold War. A lot of the story is actually told through historical moments in hockey. The movie won the Audience Choice award at the Chicago Film Festival this year, and it has also been nominated at the Copenhagen International Documentary Festival and the Satellite Awards. It was a surprise when Red Army did not make the short list for Academy Award documentary nominations.

He Owns a Production Company with His Brother

He has a film production company called Polsky Films which he created with his brother Alan Polsky. They were also considered among Variety's "10 Producers to Watch" in 2009.

Like many producers/directors, Polsky seems like he prefers to live behind-the-scenes. Luckily for him there is not a lot of personal gossip about him on the Internet — well, not yet — as the focus has always been on his body of work. If he keeps "hanging out" with Jennifer Lawrence, he should probably expect that to change. Radically.

More like this
KiKi Layne & Ari'el Stachel Call Out 'Don't Worry Darling' Over Cut Scenes
By Sam Ramsden
After 'Hocus Pocus 2', The Sanderson Sisters Are Coming to Broadway
By Radhika Menon
9 Movies & TV Shows That Prove Stanley Tucci Elevates Everything He’s In
By Jake Viswanath and Radhika Menon
Everything You Need To Know About The 'Knives Out' Sequel
By Bustle Editors
Get Even More From Bustle — Sign Up For The Newsletter