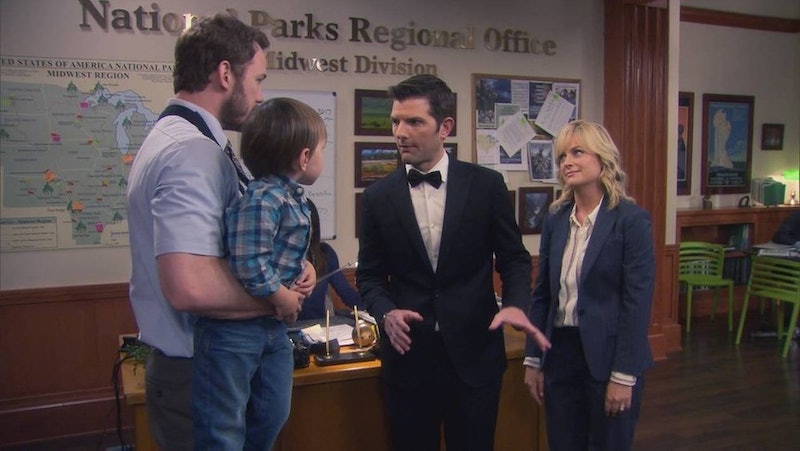 It's so bittersweet to look forward to the final season of a show. I don't want it to end, but also I want to see how it ends. But the good news is that the first Parks and Recreation Season 7 teaser trailer shows it's going to stay true to the characters, which is all any fan can ask for. It's common sense to think that the last season of a show shouldn't destroy your characters or drastically change their personalities for no reason. Yet it happens all too often. (*cough* Gilmore Girls *cough*) Fortunately that doesn't seem to be the case for Parks and Rec, and that's a huge relief. Fans should be grateful that Season 7, though shorter than usual, is already shaping up to be great.

The 30-second teaser gives us a look at the future and where the cast is in the year 2017. For example, Leslie and Ben are still married and when a messenger drone shows up at their door she says in fear, "Take my hand. Let's get into the bed like The Notebook." Oh Leslie Knope, never change.

As for the rest of the gang? Andy has his own karate show (because duh) and it looks like he's already injured his arm so things are right on track. Garry/Larry/Jerry is now Terry because when he said his real name was Garry, they said they didn't care. (Sounds about right.) Ron Swanson doesn't get any lines but his brief clip shows him looking into the distance despairingly, so someone is probably eating froyo in front of him, or something. Tom is a mogul now with a fancy suit jacket and everything. I'm not really sure what April is up to. She made some angry faces and looked at a picture of a dog in the promo, so it seems like she's also still pretty much the same.

It's going to be hard saying goodbye to the characters fans have come to know and love, but they can rest assured that the cast will still be the same—even three years in the future. Treat yourself to the promo below and bask in the glory that is character continuity. 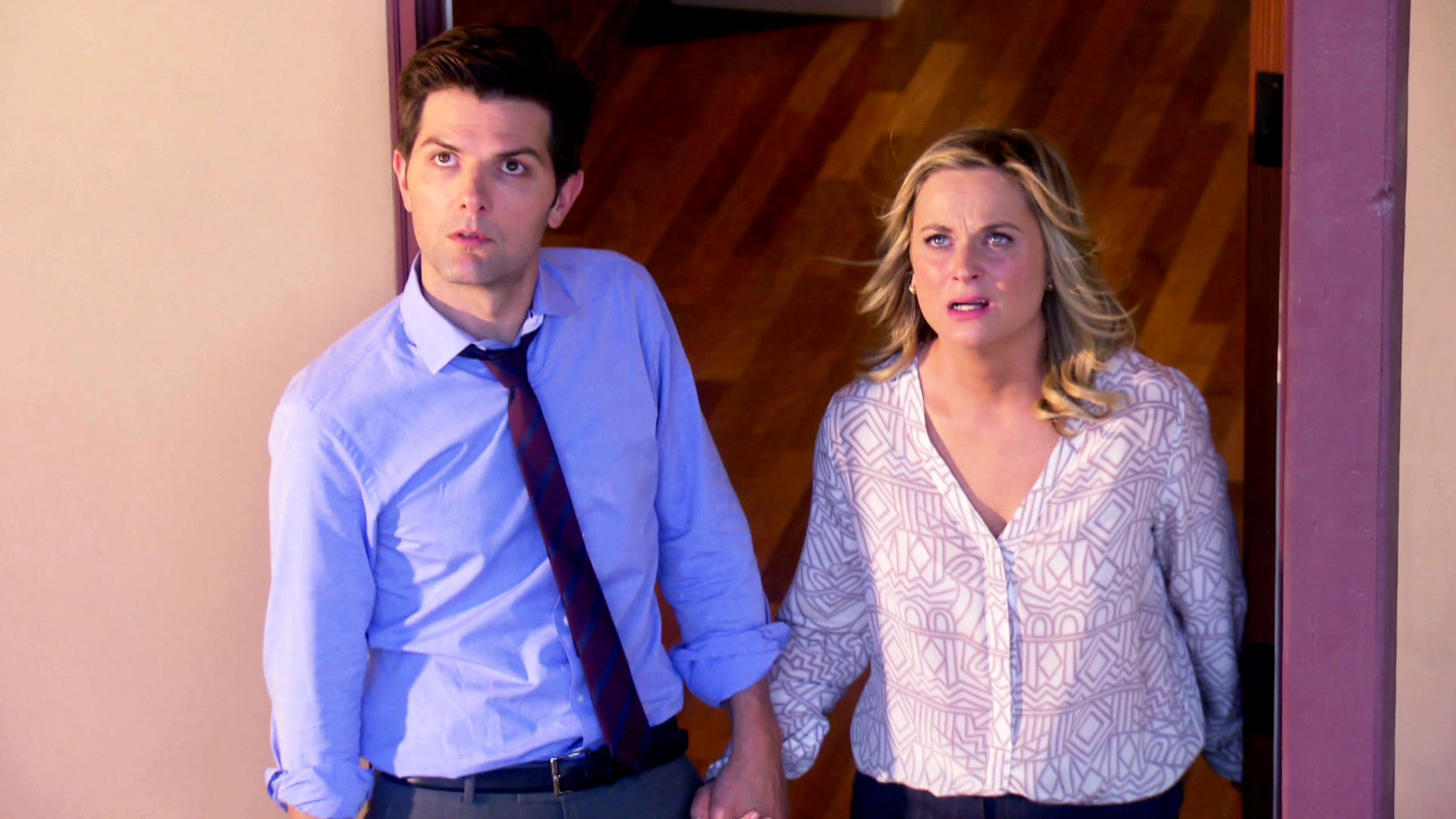