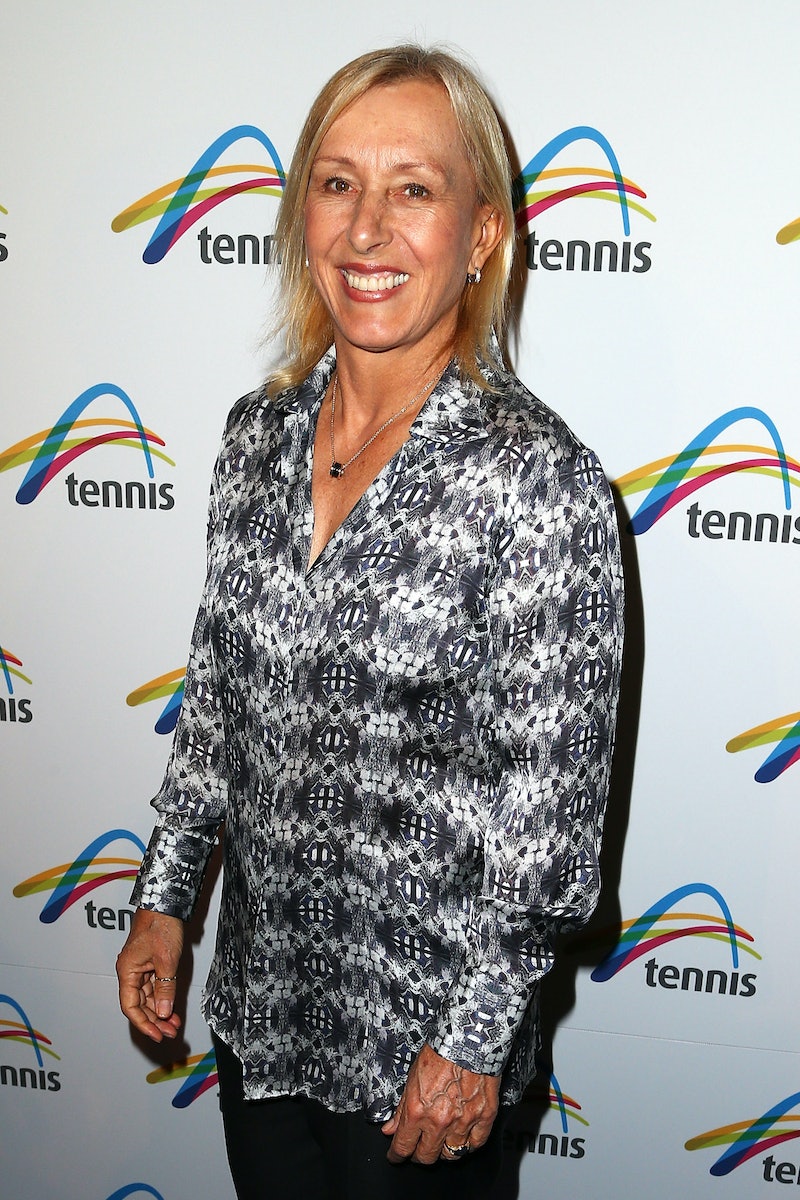 This is one happy tennis star experiencing bliss and providing hope and inspiration all at once to gay couples worldwide. Tennis champ Martina Navratilova married Julia Lemigova on Monday, Dec. 15 at New York's Peninsula Hotel in a private ceremony for family and friends. The award-winning athlete (she has 18 Grand Slam titles to her name!) recently opened up to BBC News about her wedding saying she felt both "terrified and relieved" to now be married to the woman she's been with for eight years. She said,

It's just really odd. I'm 58 years old and I got married for the first time. It's about time, right? Growing up as a gay woman you just don't think about that, but then about 10 years ago I thought, "In about 10 years, gay marriage will be legal," and here we are.

Navratilova and Lemigova got engaged in September after Navratilova proposed in public and in front of cameras at the U.S. Open. Lemigova, a Russian model, was shocked by the proposal, but also thrilled. She told BBC News,

I was so overwhelmed and surprised. But by proposing and marrying in such a public I way I hope we'll give inspiration to families like ours, that they too can be married legally one day.

Navratilova first came out in 1981, and now she's married to the woman she loves. Like many other gay couples, both famous and not, these two are showing the real meaning of true love. It doesn't matter what gender, race, ethnicity, etc., you are, because love is love. Navratilova and Lemigova are definitely an inspiration and I wish them all the best in their marriage.

Congrats to the happy couple!