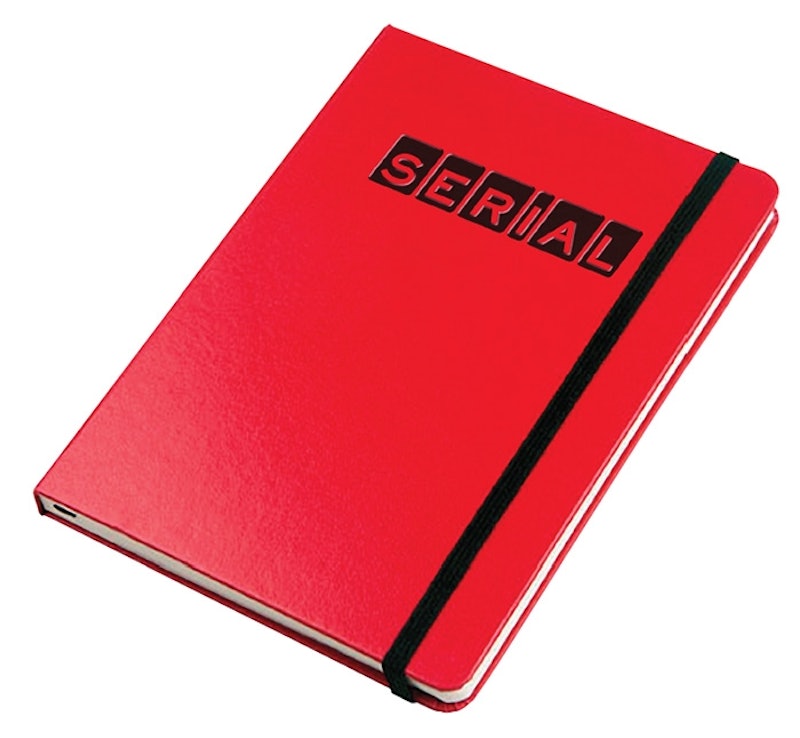 Pablo Neruda once said, "Love is so short, and forgetting is so long." Was he perhaps talking about the Serial podcast that whirl-winded into our lives in October, and after only 12 short episodes, is abandoning us tomorrow after the final Serial installment? What are we to do now? Does Sarah Koenig understand that she has forever changed us?

Alas, all good things must come to an end. Over the first season of Serial, which thankfully was funded for a second season, Koenig has been re-exploring (not exactly "investigating" in the clinical sense) the case of the murder of Hae-Min Lee in 1999, a student at Woodlawn High School in Maryland. The centerpiece is, of course, Adnan Syed, Hae's ex-boyfriend who was convicted of her murder but maintains his innocence. Along the way we've met other major players: the key witness, Jay, Adnan's friend whose testimony was used to convict him, Mr. S, who discovered Hae's body, members of Adnan's mosque, and several other students from Woodlawn.

So how do you prepare yourself physically, mentally, and emotionally for the end of such a short, captivating era? The final episode of Serial debuts tomorrow, so when your heart skips a beat and you see that red number one in your podcast app, you want to be ready.

Get a Good Sleep

The information presented in Serial is dense and intense. You want to get a good rest tonight so you're prepared to catch every detail.

If you have the luxury of abandoning all your plans and responsibilities today, re-listen to Serial from episode one. If you aren't that lucky, at least listen to the last episode, "Rumors," to catch up.

There's no excuse at this point, if you're a true Serial aficionado, not to follow the tons and tons of supplemental material available on the world wide web. There is, of course, the treasure trove of the Serial Reddit page. There's also this legal blog that dissects each episode, and this interesting hypothetical jury from The Marshall Project from several lawyers weighing in on if they would have found Adnan guilty or not.

Normally episodes of Serial run about 45 minutes. Here's hoping that the final installment is an extra-long episode, but either way, you must make sure you have adequate listening time. I personally like to listen to the episodes in full all in one go and then replay later, but some others like to listen in installments. Either way, make sure you have a good Internet connection if you're listening from your computer, a good set of headphones or speakers, and if you're commuting while voraciously listening, make sure your connection from your phone to your car radio is solid as a rock.

I'm sure you've already done so, but as true fans know, one of the best parts of listening to Serial is picking apart every minute detail with your other desperately devoted friends. Get that group text or email chain on deck. Make a Facebook post about it. Do whatever you have to do.

But Don't Spoil It

I mean, do if you want. Some love a good spoiler. But don't you want to be surprised and gasp along in real time without knowing what's coming next?

Have Some Other Material On Deck

Don't just throw yourself into the post-Serial void with nothing to buoy you. Though perhaps it might take some getting used to, there are a host of other great podcasts out there that are similar in material and/or tone to Sarah Koenig's runaway hit. Some other good options: Criminal, No Sleep, and of course, This American Life, the predecessor to Serial.

Though it may seem worlds away, Serial WILL return for a second season. Good things come to those who wait. Though we don't know just how long that wait will be, we have to stay strong.