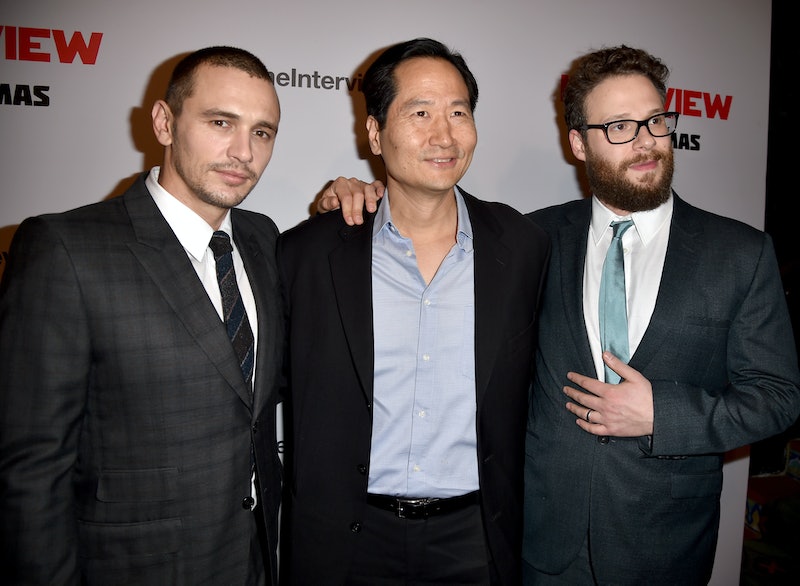 Following a series of threats by hacker group Guardians of Peace to movie-goers planning to see James Franco and Seth Rogen's The Interview and several major theaters pulling the film from showings, Sony Pictures has officially pulled The Interview . In an official statement on Wednesday, the production company said it will not plan to move ahead with the film's release. Sony addressed its desire to maintain the safety of movie-goers, saying: "We respect and understand our partners' decision and, of course, completely share their paramount interest in the safety of employees and theater-goers."

As Deadline reports, Sony Pictures really had no choice but to scrap the release of the interview. The production company lamented that their intellectual property had been stolen and that their filmmakers' free speech was infringed upon:

Sony Pictures has been the victim of an unprecedented criminal assault againstour employees, our customers, and our business. Those who attacked us stole ourintellectual property, private emails, and sensitive and proprietary material,and sought to destroy our spirit and our morale – all apparently to thwart therelease of a movie they did not like. We are deeply saddened at this brazeneffort to suppress the distribution of a movie, and in the process do damage toour company, our employees, and the American public. We stand by our filmmakersand their right to free expression and are extremely disappointed by thisoutcome.

The official statement comes after a tense week of damage control following the frightening threats from The Guardians of Peace that claimed harm would come to any movie-goers of The Interview, threatening "9/11-like attacks" on theaters where the movie would be shown. The threats were not taken lightly and are still being investigated by the Department of Homeland Security; it seems the initial suspicions that North Korea itself was behind the attacks. Seth Rogen and James Franco also cancelled all of their promotional appearances scheduled for the film as a measure of caution.

Many on Twitter are disappointed that "the terrorists have won," but it seems Sony Pictures had no choice but to cancel The Interview's release to ensure safety to all of their employees and all of their partnering theaters' employees and patrons. The cancellation of the film does, however, incite people to consider what exactly the parameters of free speech are when under the threat of violence. Weighing in on the decisions are celebrities like Ike Barinholtz from The Mindy Project, who tweeted:

Neither James Franco nor Seth Rogen have made statements in response to Sony Pictures officially pulling the film, but I expect they will soon.